ORLANDO, Fla. (AP) — With Hurricane Florence barreling toward their home near Wilmington, North Carolina, Allison Hales Jordan and her husband boarded up their house, packed up their car and headed to Walt Disney World in Florida with their two teenage children.

“When we decided where to go, everybody was going west, but we decided we should go as far south as possible, which is weird since Florida gets hurricanes,” said Jordan who works as a preschool director in Burgaw, North Carolina.

Long accustomed to its residents evacuating north or to other parts of the state when hurricanes threaten, Florida was in the unusual position this week of accommodating diverted cruise ships and hotel-room seekers hoping to escape the wrath of Hurricane Florence, which made landfall Friday morning in North Carolina.

State emergency officials said Thursday they had no way of tracking how many residents from the Carolinas had escaped to Florida this week. But Florida hotels were offering special discounts for hurricane evacuees and Florida ports were opening their terminals to cruise ships making unexpected ports of call.

Port Canaveral along Florida’s Space Coast had two ships visiting unexpectedly when Hurricane Florence made it impossible to stop in Bermuda.

New York-based Norwegian Escape and its 4,200 passengers stopped at the port Tuesday. Royal Caribbean’s Baltimore-based Grandeur of the Seas and its 2,000 passengers was diverted to Port Canaveral on Wednesday and was set to leave on Friday. Passengers on both ships took excursions to theme parks in Orlando, local beaches and the nearby Kennedy Space Center. 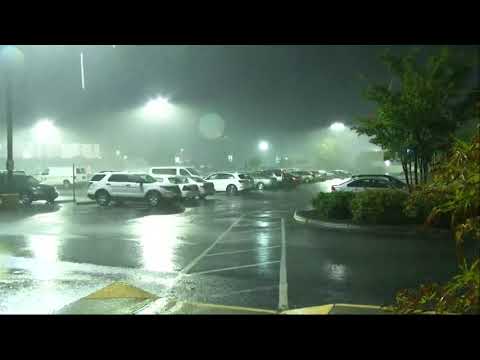 The reversal in fortunes in a state that was ravaged by Hurricane Irma last year and threatened by Hurricane Matthew the previous year wasn’t lost on Port Canaveral CEO John Murray.

“For the last two years, we’ve had our ships going to other ports, but this year it’s just the opposite for us,” Murray said.

Hotelier Harris Rosen was offering steep discounts at his nine hotels in the Orlando area for Hurricane Florence evacuees. The prices ranged from $59 to $79 a night, depending on the hotel, and all pets were welcome. Rosen has been offering the hurricane discounts for decades, but they typically are used by Floridians escaping the coasts.

“I get more hugs and kisses during hurricane season,” Rosen said.

From a monorail heading to the Magic Kingdom, Jordan said by telephone that it was weird going to “the most magical place on Earth” when she didn’t know what was in store from Hurricane Florence.