WASHINGTON (AP) — President Donald Trump is falsely asserting that the latest trial of his former campaign chairman proved there was no collusion with Russia. That’s twice in two cases that Trump claimed vindication that did not occur.

The ex-campaign chief, Paul Manafort, was sentenced to nearly 3½ years in prison Wednesday on top of a nearly four-year sentence given by another judge last week.

As if anticipating Trump would claim exoneration from the case, U.S. District Judge Amy Berman Jackson reminded her courtroom during the sentencing hearing Wednesday that the case before her was unrelated to questions about whether the Trump campaign worked with Russians to tilt the 2016 election.

“The ‘no collusion’ mantra is simply a non sequitur,” she said, scolding Manafort’s lawyers for bringing it up during the trial. It’s not accurate, she continued, because “the investigation is still ongoing.”

She said pointedly: “Court is one of those places where facts still matter.”

The president was undeterred.

TRUMP: “I can only tell you one thing: Again that was proven today, no collusion.” — remarks to reporters at the White House.

THE FACTS: There was no such proof in either trial. Whether collusion happened was not a subject of the charges against Manafort. It’s one of the central issues in a separate and continuing investigation by special counsel Robert Mueller. 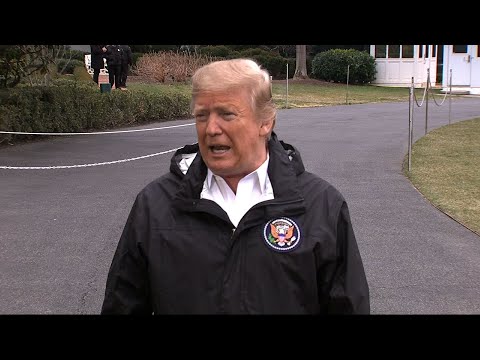 In the case that produced Manafort’s first prison sentence, he was convicted of tax and bank fraud related to his work advising Ukrainian politicians. Judge T.S. Ellis III neither cleared nor implicated the president, instead emphasizing that Manafort was “not before this court for anything having to do with collusion with the Russian government.”

Trump ignored that point afterward, tweeting Friday: “Both the Judge and the lawyer in the Paul Manafort case stated loudly and for the world to hear that there was NO COLLUSION with Russia.” He misquoted the lawyer as well as the judge.

On Wednesday, Jackson sentenced Manafort for misleading the government about his foreign lobbying work and for encouraging witnesses to lie on his behalf. Again, the case did not turn on his leadership of Trump’s campaign.

As with other Americans who were close to Trump and have been charged in the Mueller probe, Manafort hasn’t been accused of involvement in Russian election interference. Nor has he been cleared of that suspicion. The same is true of Trump.