The Latest: Grassley says no reason to further delay hearing

WASHINGTON (AP) — The Latest on the Supreme Court nomination of Judge Brett Kavanaugh (all times local):

Lawyers for accuser Christine Blasey Ford say she wants an FBI investigation of the incident before a Judiciary Committee hearing set for Monday.

They say that in the days since Ford went public with her allegation, she has been the target of “vicious harassment and even death threats.”

Grassley says, “Nobody should be subject to threats and intimidation.”

But he adds: “Dr. Ford’s testimony would reflect her personal knowledge and memory of events. Nothing the FBI or any other investigator does would have any bearing on what Dr. Ford tells the committee.” 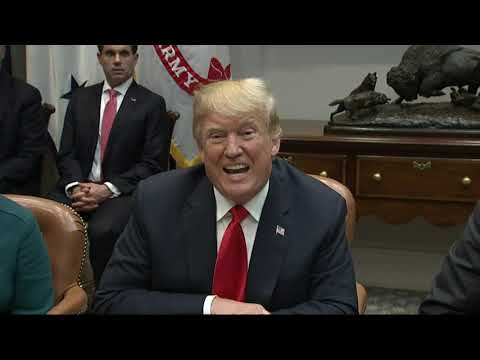 Trump defends his Supreme Court nominee in the face of allegations of sexual misconduct, calling him "an outstanding intellect" on Sept. 17, 2018. (AP video)
ADVERTISEMENT

Lawyers for Christine Blasey Ford say she wants an FBI investigation of her allegation of being sexually assaulted decades ago by Supreme Court nominee Brett Kavanaugh before a Judiciary Committee hearing set for Monday.

They say in a letter Tuesday that Ford wants to cooperate with the panel. But they say that in the days since she went public with her allegation, she has been the target of “vicious harassment and even death threats.” They say her family has relocated.

In a letter obtained by The Associated Press, the lawyers say an FBI investigation “should be the first step in addressing the allegations.”

Kavanaugh has denied Ford’s allegations that he groped her and tried to pull off her clothes during a party in high school in the early 1980s.

A longtime friend of Supreme Court nominee Brett Kavanaugh says he has “no memory” of a decades-old sexual assault that a woman is accusing Kavanaugh of committing.

In a statement given through his lawyer, Kavanaugh friend Mark Judge also says he “never saw” the federal judge “act in the manner” alleged by California psychologist Christine Blasey Ford.

In a letter released Tuesday by the Senate Judiciary Committee, Judge says he has “no more information to offer the Committee and I do not wish to speak publicly regarding the incidents described in Dr. Ford’s letter.”

Ford told The Washington Post that she was sexually attacked by Kavanaugh at a party in the early 1980s and escaped after Judge jumped on them. Kavanaugh has denied the allegation.

Republicans are considering whether to hire outside attorneys to question Supreme Court nominee Brett Kavanaugh and Christine Blasey Ford, the woman accusing him of sexual assault.

Ford has not yet indicated whether she will appear at a hearing Monday. Kavanaugh has denied her allegation and is expected to testify.

All 11 Republicans on the Senate Judiciary Committee are men. They face the delicate task of interrogating Ford about her accusation that Kavanaugh groped her and attempted to rip off her clothes at a high school party in the early 1980s.

Republicans could avoid the uncomfortable questioning by hiring outside counsel to do it. Republican Sen. John Cornyn of Texas says the option is being discussed.

Even if outside attorneys are hired, Cornyn says senators could still ask questions.

President Donald Trump says he feels “terribly” for Supreme Court nominee Brett Kavanaugh as he faces a decades-old accusation of sexual assault. Trump says the judge “is not a man that deserves this.”

Trump spoke Tuesday at a joint press conference with the president of Poland. He praised Kavanaugh, saying he was “at a level that we rarely see,” but said he supported a review process in the Senate.

Kavanaugh’s nomination has been threatened by a woman’s allegation that he sexually assaulted her when they were high schoolers. He has denied the charge.

Kavanaugh and his accuser, Christine Blasely Ford, have both been asked to testify Monday, but it is not clear if Ford will appear.

Trump says he feels “terribly” for Kavanaugh, his wife “and for his beautiful young daughters.”

Senate Majority Leader Mitch McConnell is suggesting that the woman accusing Supreme Court nominee Brett Kavanaugh of sexual assault has one shot to testify before the Senate Judiciary Committee.

The accuser, Christine Blasey Ford, has not confirmed to Republicans that she will appear on Monday at a public hearing. The other witness would be Kavanaugh, who has denied assaulting Ford when they were both in high school.

McConnell said Ford can testify in private if she prefers. But he stressed that, “Monday is her opportunity.”

Democrats say the hearing should not be held until the FBI conducts an investigation of Ford’s claim. President Donald Trump on Tuesday said he would not order that investigation.

Republican senators say they expect the Judiciary Committee to vote on Kavanaugh’s nomination next week.

Senators say they expect the Judiciary Committee to vote on Brett Kavanaugh’s nomination to the Supreme Court next week, after Monday’s public hearing with the judge and the woman accusing him of sexual assault in high school.

Christine Blasey Ford is accusing Kavanaugh of sexually assaulting her during a party when they were teens. Kavanaugh denies the allegation.

Ford and Kavanaugh have both been asked to testify Monday, but it is not clear if Ford will appear. A spokesman for Judiciary Chairman Chuck Grassley said Republicans have “made contact with other alleged witnesses” for transcribed interviews.

Ford told The Washington Post another person witnessed the attempted assault, Mark Judge. A spokesman for Grassley did not immediately say whether Judge was among the other witnesses being contacted.

Trump says he wants everyone to have the chance to speak out and Kavanaugh is “very anxious” to testify in his defense. He says, “we want to hear both sides.”

A psychology professor named Christine Blasey Ford has accused Kavanaugh of sexually assaulting her decades ago when they were teenagers. Kavanaugh has denied it.

Trump also says the FBI shouldn’t be involved in investigating the Kavanaugh allegation “because they don’t want to be involved.”

He adds he’s “totally supporting” and “very supportive” of his nominee, calling him an “outstanding” person.

The group released a letter Tuesday calling for a “thorough and independent investigation” before the Senate can vote on Kavanaugh’s nomination. Ford says Kavanaugh sexually assaulted her when she was about 15, an allegation Kavanaugh denies.

She graduated from Holton-Arms, and Kavanaugh went to Georgetown Preparatory School. Both schools are in Washington’s Maryland suburbs.

About 600 people signed the letter. It says Ford’s alleged experience is “all too consistent with stories we heard and lived while attending Holton,” adding that “many of us are survivors ourselves.”

The Senate Judiciary Committee scheduled a public hearing on the allegations next Monday.

The Iowa Republican says on the Hugh Hewitt radio show that he’s still waiting on a response from Christine Blasey Ford, the California college professor accusing Kavanaugh of misconduct when they were high-school age.

Grassley says Republicans have reached out to her three or four times by email but have not heard back. He did not mention whether they had tried to contact Ford by phone.

He said the silence “kind of raises the question, do they want to come to the public hearing or not?”

Republicans on the Judiciary Committee scheduled a hearing Monday to hear testimony from both Kavanaugh and Ford. Kavanaugh, who denies the allegation, has already agreed to testify.

Senate Majority Leader Mitch McConnell is defending Supreme Court nominee Brett Kavanaugh. McConnell says a woman’s claim that Kavanaugh sexually assaulted her decades ago is “completely at variance” with everything else known about his past. The Kentucky Republican says the Senate’s push to confirm Kavanaugh will move forward.

McConnell accused Democrats of “blatant malpractice” by waiting weeks to disclose the letter Christine Blasey Ford had sent lawmakers describing the alleged incident. Democratic Sen. Dianne Feinstein of California, who had the letter, said she didn’t reveal it to protect Ford’s confidentiality.

McConnell says Ford’s allegation “stands at odds with every other piece of the overwhelmingly positive testimony we’ve received” about Kavanaugh.

Ford says Kavanaugh forced her into a room and tried undressing her during a party when both were in high school. Kavanaugh denies those allegations.

Republicans are forging ahead with plans for a Senate hearing they had wanted to avoid on a woman’s claims that Supreme Court nominee Brett Kavanaugh sexually assaulted her when both were high schoolers.

They’re hoping their new strategy will salvage Kavanaugh’s endangered nomination with a risky, nationally televised showdown between the appeals court judge and his accuser.

Republicans reversed course and agreed to the hearing in the face of growing demands by GOP senators to hear directly from the 53-year-old Kavanaugh and Christine Blasey Ford, now a psychology professor in California.

Their sworn testimony, certain to be conflicting and emotive, will offer a campaign-season test of the political potency of a #MeToo movement that has already toppled prominent men from entertainment, government and journalism.