AP Explains: The growing migrant caravan on way to US border

TAPACHULA, Mexico (AP) — The caravan of Central American migrants moving through Mexico toward the U.S. border has bloomed to more than 7,000 people. Here’s why the caravan is bigger than previous ones and drawing so much attention.

WHAT IS THE CARAVAN?

The caravan is largely made up of young men and women with children fleeing Central America’s violence, poverty and corruption. Most are from Honduras, but hundreds have also joined from El Salvador and Guatemala.

Over the years, Mexican advocacy groups organized such caravans to draw attention to the plight of asylum seekers, mostly from Central America.

But this year’s migrant caravan appears to be the biggest ever. Unlike past caravans that were organized mostly in Mexico, this one started spontaneously in Honduras with about 160 people leaving from the gang-plagued city of San Pedro Sula.

The group grew to more than 1,600 by the time it reached the Guatemalan border, fueled by word of mouth and media coverage even as U.S. President Donald Trump tweeted criticism of the caravan.

Migrants have increasingly banded together to travel through Mexico, believing the dangerous journey is safer to make in large numbers. Dozens of Central American migrants have been kidnapped by gangs demanding money or shaken down by police. Some have been killed along the way.

The caravans have also become more popular as smugglers up their prices, charging more than $10,000 to cross a U.S.-Mexico border that is fortified by drones, cameras and agents.

HOW IS THIS ONE DIFFERENT?

For years an annual caravan was organized by advocacy groups in southern Mexico around Easter to draw attention to the plight of Central American migrants.

But since Trump took office in 2017, the caravans have grabbed attention in the United States and grown from only a few hundred to more than 1,000 people.

Earlier this year, a smaller caravan made its way to Tijuana, where more than 200 people presented themselves at the border and applied for asylum in the United States. The others returned home, tried to sneak into the United States or were deported by the U.S. or Mexico.

With just two weeks before the Nov. 6 midterm elections in the U.S., Trump has seized on the migrant caravan to make border security a political issue and energize his Republican base.

Trump has accused Democrats of failing on border policy and said the United States will “begin cutting off” foreign aid to Guatemala, Honduras and El Salvador for not stopping their people from migrating. He said he is also considering using the U.S. military to seal off the border.

As Trump has tweeted his criticisms, the caravan has continued to grow.

WHO IS BEHIND THE CARAVAN?

It’s unclear exactly how the caravan started in Honduras, but it appears to have no formal leadership.

“No one is capable of organizing this many people. Nobody,” said Irineo Mujica of Pueblo Sin Fronteras (People Without Borders), which is providing support to the group. “It’s an exodus.”

Many Mexicans have turned out to help the migrants, handing out food and sometimes clothes in each town where they stop.

The caravan is slowly advancing into Mexico. The group is at least 1,140 miles (1,830 kilometers) from the nearest border crossing — McAllen, Texas — and the length of the journey could more than double if the migrants go to Tijuana-San Diego, on the other side of the country.

The caravan earlier this year shrank significantly as it moved through Mexico, and only a tiny fraction — about 200 of the 1,200 in the group — reached the California border. 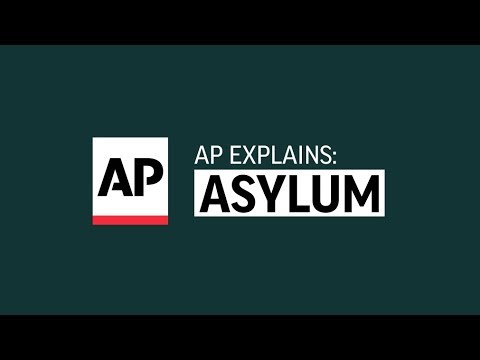 Trump says the migrants will not be allowed to enter. However, U.S. law affords those fleeing violence the right to apply for asylum.