SALT LAKE CITY (AP) — A sex offender who killed a University of Utah student he briefly dated once said at a parole hearing that he was a womanizer who manipulated women to get what he wanted.

Melvin Rowland said he was attracted to teenage girls and vulnerable women, and sought to manipulate those he met in person or online, according to a recording of the 2012 hearing released by Utah state authorities.

Police said Rowland, 37, fatally shot 21-year-old Lauren McCluskey of Pullman, Washington, on Monday night on the university campus and then killed himself in a church as officers closed in.

The victim’s mother, Jill McCluskey, said her daughter had broken off her monthlong relationship with Rowland after learning he had lied about his name, age and criminal history.

Lauren McCluskey later filed a harassment complaint with campus police, who were building a case against Rowland at the time of the killing.

The recordings of five parole hearings from 2010 to 2018 released by the Utah Board of Parole and Pardons show that officials repeatedly expressed concerns about Rowland’s manipulative behavior and his inability to stop going online to meet women. 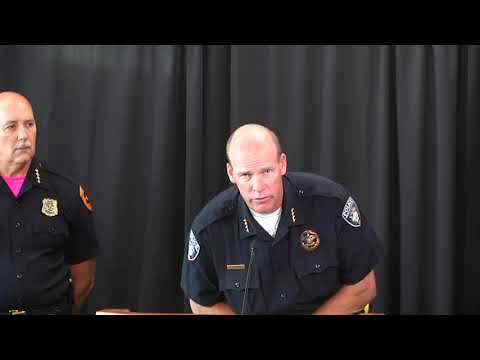 At a hearing earlier this year, Rowland painted a portrait of a changed man. He said being a peer leader in prison and a father had helped him tap into his empathy and learn to follow the rules.

“There’s a different perspective now than what I had in the past,” Rowland said. “I was a very selfish, narcissistic man. It was all about me.”

Two months later, he was granted an early release from prison.

Rowland spent nearly a decade in prison after pleading guilty in 2004 to trying to lure an underage girl online and attempted sex abuse charges, according to court records.

He had been caught in an online sex crimes sting when a police officer posed as a 13-year-old girl. After he was charged, a woman came forward to report he had sexually assaulted her after a separate online meeting a few days earlier.

Rowland was sent back to prison twice for parole violations that included possessing pornography and failure to complete therapy.

The recordings of the hearings show that Rowland was born in New York and adopted by an older couple who died when he was young. He was sent to a state-run group home and later placed in a private boarding school in Colorado, where he earned a high school diploma.

He spent time in a Buddhist institute in Berkeley, California, joined Jobs Corps, took classes at Salt Lake Community College and got a job as a certified nurse assistant.

He said during the parole hearing in February that he was a pre-med student at the University of Utah. However, he was only a part-time student at the school for two semesters in 2003-2004 and didn’t declare a major, university spokesman Chris Nelson said.

Rowland said at one hearing that he hoped to become a doctor, but his addiction to “internet sexual activity” had ruined his life.

He often blamed his “thinking errors” for the actions that kept sending him back in prison.

The only mention of any possible violent behavior came during a 2016 hearing when an officer mentioned that Rowland had said he might become violent if he received another visit from a parole officer. Rowland later said he didn’t mean it, and the officer told the parole board it seemed like an empty threat.

Several parole board members expressed concerns with Rowland’s behavior and inability to complete treatment and stay out of trouble.

Hearing officer Pegeen Stewart said at the 2016 hearing that she saw a pattern of manipulative behavior, with Rowland using a jail employee to get internet access and being kicked out of a jail program for manipulating and lying.

In one incident, he wrote to a female inmate who had been released and tried to get her to wear “provocative clothing” across the street from the prison so he could see her, Stewart said.

A vigil was held Wednesday night on campus to honor McCluskey, a track athlete who was majoring in communication.

Hundreds of students wearing red lined up to leave flowers and candles under a picture of McCluskey on the steps of the Park Building as many of her track teammates wiped away tears, including senior Mesa Weidle.

“She was an amazing, genuine and caring person, and she will be really missed,” Weidle told the Salt Lake Tribune.

Flags were flown at half-staff at the university, and a fund has been set up to help with scholarships for track and field athletes.

The Utah football team will have a winged-foot logo with McCluskey’s name on their helmets this weekend.

The school’s soccer team will wear wristbands with a heart logo that includes McCluskey’s initials in Thursday night’s home game versus UCLA while Utah’s cross country team will wear black uniforms and a patch of the heart logo at Friday’s Pac-12 Cross Country Championships at Stanford.