Adel Sambrano Ramos was appointed a public defender during a five-minute court hearing, and spoke only to acknowledge his name.

Ramos, 45, faces a murder charge that could bring him the death penalty in Wednesday’s slaying of 26-year-old Sacramento Officer Tara O’Sullivan. He’s also charged with attempting to murder her training officer and with possessing two illegal assault-style rifles.

He did not enter a plea.

Assistant Chief Deputy District Attorney Rod Norgaard defended police from criticism that they took 45 minutes to rescue O’Sullivan. Police said they were waiting for an armored vehicle because they were pinned down by rifle fire that could penetrate standard bulletproof vests.

“There was nothing that could have been done to save her life,” he said after the hearing. “The nature of that injury is such that it could happen in an emergency room and she would not be save-able. So I find it very disheartening that people are criticizing the police response time to evacuate her. That has no merit whatsoever.”

He also took exception to questions of whether O’Sullivan was properly trained. 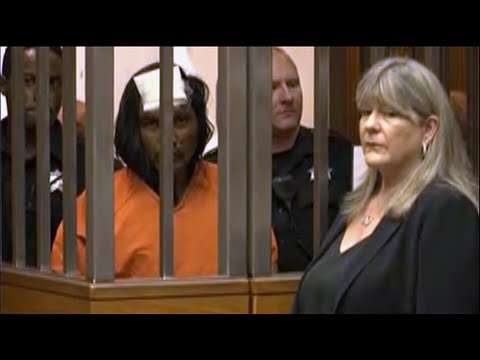 “Nothing in the training or lack thereof is the cause of this,” he said. “There is an individual responsible for this, not law enforcement.”

Assistant Public Defender Diane Howard declined comment, as did Police Chief Daniel Hahn, who sat quietly in the back of the courtroom. Hahn was one of at least a dozen uniformed police officers and deputies watching as the hearing unfolded.

Ramos was shackled at the hands, waist and ankles and surrounded by three deputies in the courtroom’s holding cage. Two more stood just outside the cage.

He was wearing a standard orange jail uniform during the hearing, though officials said that has been taken away from him at the jail after he tried to harm himself Sunday morning.

Ramos suffered “some self-inflicted head wounds. He had smashed his head against a bed frame in his cell,” Sacramento County Sheriff’s Sgt. Tess Deterding said before the hearing.

Jail employees immediately stopped him from further injury and took him to an outside hospital, she said. He was returned to the jail 12 hours later.

He’s now in a psychiatric wing of the jail “where we’ve taken even further precautions to make sure he doesn’t hurt himself like that,” Deterding said.

He is under constant watch in what is called a safety cell, which has no bunk or other furnishings.

“Obviously we can’t take away the walls and floor,” she said, but “there’s nothing inside the room. It’s just basically four walls.”

He is provided a thin mattress and what is known as a suicide smock instead of regular jail garb: “It’s tear-resistant, things like that, they can’t turn it into a noose,” she said. There are mental health employees in that unit in the event they are needed or requested by Ramos.

Ramos also has had no contact with other inmates since he arrived.

Memorial services for a O’Sullivan are set for Thursday at the Bayside Church’s Adventure Campus in Roseville, California. She was fatally shot during a domestic violence call as she and other officers helped an unidentified woman pack her belongings from the garage of a North Sacramento home, authorities said.

Authorities said Ramos was heavily armed with assault rifles, a shotgun and a handgun and fired dozens of times at officers during an hours-long standoff before surrendering.