PARK CITY, Utah (AP) — Dan Gilroy’s satirical contemporary art world thriller “Velvet Buzzsaw” will be available to Netflix subscribers worldwide this Friday, but he and his team gave audiences at the Sundance Film Festival a sneak peek at the film Sunday night where the most-common word used to praise it was “weird.”

“Dan is crazy,” Rene Russo, who is married to Gilroy, said in Park City, Utah. “He’s got this crazy imagination and he’s just kind of outside the box.”

The film reunites Gilroy with Jake Gyllenhaal, who starred in his directorial debut “Nightcrawler.” That dark thriller about an ambulance chasing journalist went on to become a box office hit and, so, when Gilroy landed on the idea for “Velvet Buzzsaw,” which would star Gyllenhaal as a snobby critic and Russo as a savvy gallery owner and art dealer, there were a lot of film studios who wanted to put their name behind it. Netflix was one of them.

Gilroy was unsure at first about Netflix, though, so he started reading a little more about the company. He came across a quote where someone said that Netflix was going to destroy the theatrical experience, but following it were 50 comments about how that person must live in New York or Los Angeles or Chicago where, “You can see everything.” 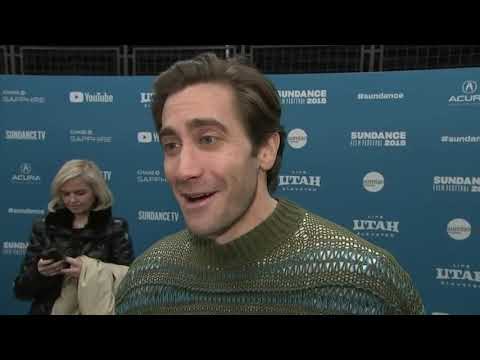 “I suddenly thought, wow, democratization,” Gilroy said. “It is an elitist point of view to think that everybody in the world has access to the things that New York, LA and Chicago have. That really was the deciding factor. If you really want to reach the widest possible audience, here’s this technology that can do this...And what is the theatrical experience? 500 people in a theater? 100? Does 50 count? Does four people on a Friday night on my 50-inch widescreen count? It does to me.”

Producer Jennifer Fox, who has been behind films like “Michael Clayton,” said Netflix made it, “At a level that it should have been made at. They got it. And it’s really out there.”

Out there is right, for the ensemble film that co-stars John Malkovich, Toni Collette, Daveed Diggs, Billy Magnussen and relative newcomer Zawe Ashton in which the discovery of a dead artist’s works ends up taking its own body count. But that’s Gilroy’s operating mode for his own films which aren’t bound by traditional genre or constraints. It’s why “Velvet Buzzsaw” is about everything — the pretentiousness of the contemporary art world, the fluidity of criticism and even sexuality, and, you know, a demon art spirit out for blood.

“If I follow one rule in any form of entertainment it is, ‘Do Not Bore.’ You cannot bore,” Gilroy said. “My (playwright) father pounded that into my head.”

Gilroy wrote the critic character Morf, who is as fluid in his sexuality as he is in his art opinions, specifically for Gyllenhaal who he said is, “One of the most fearless actors alive right now.”

“He’s always pushing himself with the craziest ideas that often end up in the movie,” Gilroy said. “I like working with people who want to take a sledgehammer to all this and Jake is that person”

The feeling is mutual for Gyllenhaal who said their connection is, “Sort of inexplicable.”

“But I’m not asking any questions about it,” Gyllenhaal said. “I just show up when he asks.”

After the “Velvet Buzzsaw” experience, Gilroy himself is a Netflix believer.

“I couldn’t speak highly enough about Netflix. The traditional studios in some way have created Netflix. The traditional studios have gone from making a broad range of films to doing branded IP and franchises and it has left a void for original, range of films to get made,” Gilroy said. “And Netflix is making them en masse and it’s a very exciting time. I think history is being written right now.”