In prison, producer finds new voice for inmates, and himself

NEW YORK (AP) — David Jassy was a successful music producer who had worked with Britney Spears and others when he was sent to prison for killing a man during an altercation. While serving his time, he would hear talented young inmates rapping in the yards at San Quentin State Prison with skill and power. In his cell, where Jassy used his keyboard to make beats, he invited the men to perform rap freestyles and taught them about songwriting and music production.

In the jail’s media center, Jassy uploaded each sound from his keyboard to a computer so he could produce music digitally. Word spread about Jassy’s music-led initiative as part of the prison’s Youthful Offenders Program, and donors — including Grammy-winning producer Greg Wells — contributed audio equipment, transforming the media lab into a full-blown production studio.

Celebrities even got involved, including J. Cole, Kim Kardashian West, Common and MC Hammer — all who visited San Quentin to see Jassy’s efforts and encourage the inmates to keep pushing through.

Now, an album of those songs will be released to streaming platforms on May 29 on Equity Distribution, Roc Nation’s in-house music distribution platform. “San Quentin Mixtape, Vol. 1,” produced by Jassy, features 17 young rappers telling their stories.

“It’s so beautiful when you see the transition from youngsters coming in because a lot of them really act out because they’re either hurt or scared — because you have to keep up a certain facade in prison, you don’t want to show that you soft,” Jassy, who is Swedish, said in an interview with The Associated Press from Stockholm. “For them to basically be vulnerable on a mixtape in prison and really speak their truth, it’s not an easy thing to do.”

Though some rap can be profanity-heavy, Jassy challenged the young performers by telling them curse words were not allowed in the songs. 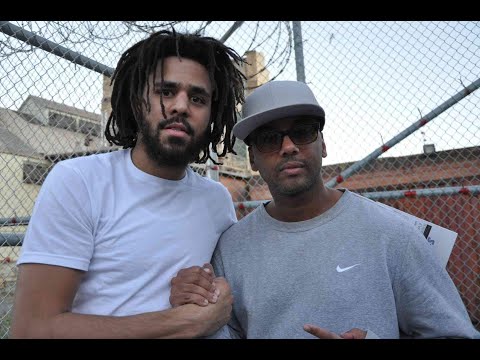 “A lot of them when were like, ‘Man, how am I going to record a rap without cussing?’,” Jassy recalled. “But when you take away the cuss word, the cuss word is almost like a barrier that kind of shields people from really getting to know you. And I told them, I said, ‘If you’re a true MC, if you’re a real MC, you should be able to find all the words instead of that word and challenge yourself.’”

Jassy, 46, has produced and written songs for Sean Kingston, Ashley Tisdale, Heidi Montag and others. He even worked and recorded material with Spears, but the songs were never released.

Jassy said in prison he took advantage of the various programs offered, including classes on nonviolent communication. He said he also earned his degree in jail.

“There’s nothing I can do to turn the time back, but what I can do is choose what I do with my days now. I can choose to only put out positive things and try to help others as much as possible,” Jassy said. He’s still sending beats to the young rappers and will stay involved.

All proceeds from sales of “San Quentin Mixtape, Vol. 1” will benefit the National Center for Victims of Crime, The Boys & Girls Club of Oakland and Potrero Hill Neighborhood House.

“When they heard celebrities saying like, ‘Hey, we’re backing you up, we’re willing to give you a second chance’ — some of them actually started crying,” he said.“It’s given them light in a very dark environment.”

Grammy-nominated rapper Fat Joe, who is also on the album’s opening track, called the album “a testament to the power of music.”

“It’s inspiring to watch these young men use music as a rehabilitative tool — both to express themselves and send a positive message to communities across the country,” he said in a statement. “Creating an album is a complex process, so for these young men to achieve this goal from within San Quentin State Prison, they should be very proud.”