NEW YORK (AP) — In these heated and oft-difficult times, do we need dogs more than ever?

Do we need to rescue them, let them run free, accept their precious help with our most trying physical challenges and revel in their licks and loving nudges?

“We’re in undeniably divisive times right now. We’re all searching for something that everyone can agree on and dogs are probably about as close to that as we get,” said Zipper, who executive produced the six-part project with Berg.

“My brother and I are on completely opposite sides of the political spectrum,” he explained, “but he’s got five dogs and I’ve got my dog, Anthony. We start talking about the dogs and start feeling the love again.”

The series is set around the globe, from suburban Cincinnati, Ohio, and the Lower East of Manhattan to Italy’s Lake Como region and the dangerous streets of Damascus in Syria. There are human heroes, to be sure, but it’s the howl of Zeus and the watchful diligence of Ice, the commitment of curly-haired Rory and the undying loyalty of Max that drive these stories. 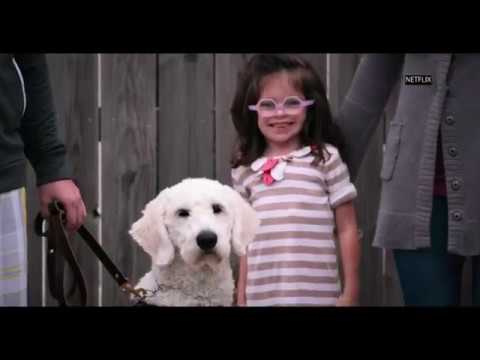 The dogs themselves take you to the brink, serving to inspire and uniquely frame the nearly hour-long chunks of storytelling set in locations and around circumstances chosen with the help of a casting team, said Berg.

“We wanted to illustrate the connection between all cultures with dogs and humans, and the dog-human love story,” Berg said.

There’s plenty of love, and none of something in particular that’s more often than not a standard in dog film fare through time: death. I repeat. NOBODY DIES. To heck with spoilers. No dog protagonists and no humans, either. That isn’t to say that tears won’t be shed, including by you if you’re truly human, and that people and dogs aren’t in danger or sick or depressed.

Berg directed two of the episodes, including one focused on Zeus, a Siberian husky with the mournful cry of the breed. He’s trapped in Syria after his master flees military service to Germany and that’s where their story begins. She was also at the helm of an episode that follows a devoted Manhattan animal rescuer on a mission to provide second chances to 31 dogs from a Texas shelter, finding them homes around her city. The dogs have the names of famous singers: Jimmy Buffett, Jay Z and Justin Timberlake, to name a few.

The other episodes were directed by a variety of award-winning filmmakers, including one that uses drone footage to show us from above what it looks like to watch hundreds of former street dogs race happily along lush green hillsides at a 300-acre sanctuary in Costa Rica, and the financial struggles involved to provide them better lives.

Another episode takes us into the world of competitive dog grooming. It follows the journeys of two Japanese groomers, Miki in Hikone and Kenichi in Tokyo, to a competition in Pasadena, California, as it reflects on the Japanese culture’s deep-rooted passion for dogs as more than just companions, but children — let alone the unique style there of shaping dog hair into masterpiece poofs with artful precision.

Kenichi is more than just a groomer. He whispers adoringly to his four-legged charges as he snips away, acknowledging: “I’m not very good with people. I have a hard time talking to them. But when it comes to dogs, I can communicate well.”

Service dogs also represent in the series. One Ohio family welcomes Rory into their lives to make life easier for a young girl with epilepsy.

And that dog-human bond? It’s alive and well and living on a fishing boat in the tiny Lake Como village of San Giovanni, where Ice (he loves snow) and his man have been working their nets for more than a decade, also serving up their catches in the family restaurant.

For Zipper, the series has brought him full circle, to his own human-dog bond with the now 16-year-old Anthony.

“For me, ‘Dogs’ was a very personal story. Before I was a producer, I was a prosecutor in Hudson County, New Jersey, and I came across a stray pit bull puppy on the streets of Jersey City,” he said.

“That dog took me to the animal shelter, and I had never been in an animal shelter in my life. Once I was there, I was confronted by a world I didn’t even know existed. In a matter of weeks, I had turned in my badge and started volunteering at an animal shelter. And a funny thing happened. For the first time in my life I was happy.”