SAN FRANCISCO (AP) — House Speaker Nancy Pelosi slammed Facebook on Wednesday for not removing a doctored video that has spread widely on the social network in which she appears to slur her words.

The altered video had been slowed down , giving the false appearance that Pelosi was drunk, ill or otherwise impaired. Facebook did not respond to messages seeking comment.

In an interview last week with CNN’s Anderson Cooper, Facebook’s Head of Product Policy and Counterterrorism Monika Bickert defended the company’s decision , noting that users are being told that the video is false when they view or share it.

Pelosi said in San Francisco that she is no longer giving Facebook the benefit of doubt that it is “unwittingly” spreading false information. She said Facebook is serving an accomplice and enabler of false information and Russian elections interference.

Facebook does not prohibit false information from being shared on its service. Instead, the company says it “downranks” such material to make it less prominent in people’s news feeds and more difficult to find. It also employs outside fact-checkers, including The Associated Press, to determine the veracity of questionable material. It includes such fact checks around the disputed articles and videos but does not directly label them as false. 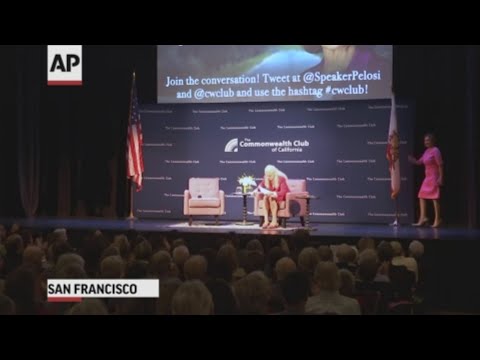