‘IT WAS SAD’: While President Donald Trump and Democrat Joe Biden debated, Americans cringed. The country struggled for words to describe the display after one of the noisiest, most chaotic presidential debates in recent memory. In interviews with voters across key states, nearly all who watched recoiled from it. None said it would change their minds on how they planned to vote. Instead, voters on both sides said it only reaffirmed their positions.

PROUD BOYS: Trump tried to walk back his refusal to outright condemn the far right fascist group during the debate, but the inflammatory moment was far from the first time the president has failed to denounce white supremacists or has advanced racist ideas. It was an echo of the way he had blamed “both sides” for the 2017 violence between white supremacists and anti-racist protesters in Charlottesville, Virginia. 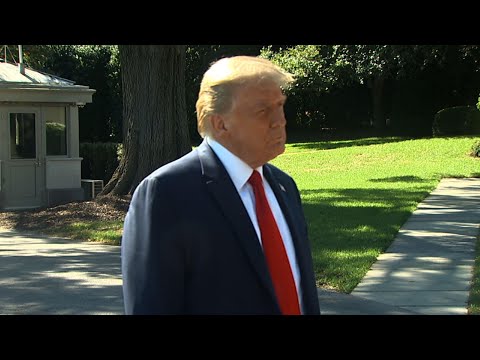 TRUMP MONEY: In recent days, Trump has promised millions of Medicare recipients that — thanks to him — they’ll soon be getting an “incredible” $200 card in the mail to help them pay for prescriptions. He’s called himself “the best thing” that ever happened to Puerto Rico, while releasing long-stalled aid. Trump has also taken to showcasing the $28 billion he “gave” to farmers hard hit by the trade war with China. As Trump talks up heaps of federal aid flowing to key constituency groups in the leadup to the November elections, he rarely mentions Congress’ role in the appropriation of those dollars.

VOTING LAWSUITS: Democrats and Republicans are involved in hundreds of lawsuits across the country relating to the upcoming election. The lawsuits concern the core fundamentals of the American voting process, including how ballots are cast and counted. The litigation is all the more important because Trump has raised the prospect of the election winding up before a Supreme Court that could have a decidedly Republican tilt if his latest nominee is confirmed.

VISION 2020: What states vote early and when are these votes counted? All states allow some form of early voting, be it by casting votes in person at polling places early, voting by mail, or both. But each state has different rules and timelines on when this occurs. Some started in September. Some don’t start until mid-October, or even closer to Election Day on Nov. 3. Just as there are 50 different timelines for early voting, there are 50 different ones for how the votes are counted.

Debate commission says it will make changes to format

A lesson from Trump taxes: An underfunded IRS is outmatched

Biden, Trump snipe from road and rails after debate chaos