The Latest: NASA spacecraft dashes by world beyond Pluto

NASA’s New Horizons spacecraft has survived humanity’s most distant exploration of another world.

An anxious spill-over crowd in a nearby auditorium joined in the loud celebration.

New Horizons zoomed past the small celestial object known as Ultima Thule 3 ½ years after its spectacular brush with Pluto. Scientists say it will take nearly two years for New Horizons to beam back all its observations of Ultima Thule, a full billion miles (1.6 billion kilometers) beyond Pluto. At that distance, it takes six hours for the radio signals to reach Earth. 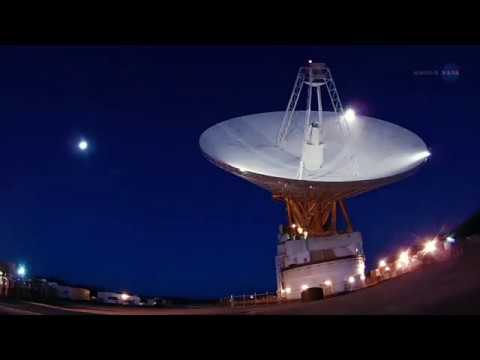 A NASA spacecraft opens the new year at the most distant world ever explored, a billion miles beyond Pluto.

Flight controllers say everything looked good for New Horizons’ flyby of the tiny, icy object at 12:33 a.m. Tuesday, 3 ½ years after its encounter with Pluto. Confirmation won’t come for hours, though, given the vast distance. The mysterious target nicknamed Ultima Thule (TOO-lee) is 4 billion miles (6.4 billion kilometers) from Earth.

With New Horizons on autopilot, Mission Control at Johns Hopkins University’s Applied Physics Laboratory in Laurel, Maryland, was empty. Instead, team members and their guests gathered nearby for back-to-back countdowns at midnight and again 33 minutes later.

Queen guitarist Brian May, who also happens to be an astrophysicist, joined the team at Johns Hopkins for a midnight premiere of the song he wrote for the big event.

A tiny, icy world a billion miles beyond Pluto is getting a New Year’s Day visitor.

NASA’s New Horizons spacecraft is set to fly past a mysterious object nicknamed Ultima Thule (TOO-lee) at 12:33 a.m. Tuesday. It will become the most distant world ever explored by humankind.

The flyby comes 3½ years after New Horizons swung past Pluto and yielded the first close-ups of the dwarf planet.

This time, the drama will unfold 4 billion miles (6.5 billion kilometers) from Earth, so far away it will be 10 hours before flight controllers in Laurel, Maryland, know whether the spacecraft survived the close encounter.