Activists at Venezuelan embassy in US ignore warning

WASHINGTON (AP) — Several activists ignored a trespassing warning and remained holed up in Venezuela’s embassy in the United States on Tuesday, highlighting a dispute over who is the legitimate leader of the South American nation.

The activists, who consider socialist Nicolás Maduro to be the legitimate president, have protested inside the embassy in Washington for more than a month, sometimes chanting slogans from the windows of the red-brick building as opposition supporters heckle them from the street.

They said they planned to stay in the building despite warnings from law enforcement, defying U.S. government recognition of congressional leader Juan Guaidó’s claim to be Venezuela’s rightful leader.

“We are not following the order,” activist Kevin Zeese told reporters from a window on the second floor. He said there were four protesters inside and that they still have enough food and water to continue the sit-in.

In the Venezuelan capital of Caracas, meanwhile, security forces deployed around the opposition-controlled congress on Tuesday, blocking access to the building ahead of a planned debate there. Masked agents of Venezuela’s police intelligence agency as well as National Guard troops stood around the perimeter of the National Assembly building. 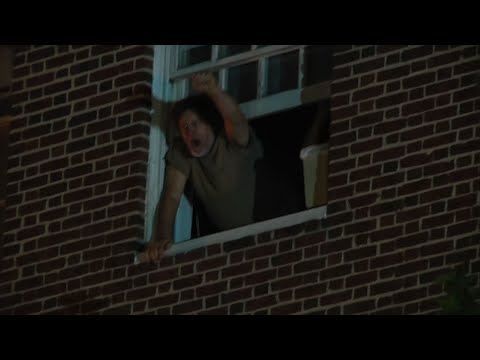 The congress posted videos on social media of several of its members criticizing the police deployment. Opposition lawmaker Biagio Pilieri said police had entered the assembly grounds, allegedly to look for suspected explosives.

The National Assembly has come under increasing pressure from Maduro since the opposition appealed in vain for a military uprising on April 30. The assembly’s vice president, Edgar Zambrano, was arrested May 8 for alleged treason and other crimes.

The number of assembly members facing such allegations since the tumultuous events of April 30 rose to 14 on Tuesday after Venezuela’s top court announced that another four were under investigation. Some have gone into hiding or sought refuge in foreign embassies in Caracas.

Guaidó condemned the court’s move and said his envoy in Washington, Carlos Vecchio, will on Monday meet Adm. Craig Faller, head of the U.S. Southern Command.

The Venezuelan opposition is looking for ways to increase international pressure on Maduro. U.S. officials have said “all options are on the table” in the campaign to oust him, though there is no sign that a military operation is imminent.

Maduro, meanwhile, tried to project Venezuelan military resolve as well as his command over forces that have remained loyal despite some defections. He visited navy troops in a nationally televised ceremony and declared they were ready to defend Venezuela.

In Washington, the embassy trespassing warning came after Vecchio, designated as the new ambassador to Washington by Guaidó, requested U.S. assistance in clearing the building.

The U.S. State Department said that “until the trespassers are gone, no individuals will be permitted to enter the embassy.”

A crowd of Venezuelan expatriates who demand the eviction of the activists remained outside the building, along with a large police presence.

The protest started with at least 30 activists staying at the embassy, but their numbers have dwindled considerably. They have been without power since last week.

The U.S. and more than 50 other countries say Maduro’s re-election was fraudulent and back Guaidó’s claim to be Venezuela’s interim president. Washington has imposed sanctions on indivduals linked to Maduro’s government as well as the country’s oil industry in an attempt to force a change of government. Maduro, whose allies include Russia and Cuba, says he is the target of a U.S.-designed coup plot.

In Russia on Tuesday, U.S. Secretary of State Mike Pompeo met Foreign Minister Sergey Lavrov and said later that he had urged Moscow to end its support for Maduro.

Both the U.S. and Russia accuse each other of meddling in Venezuela’s affairs.