WASHINGTON (AP) — To fight the spread of coronavirus, Americans are confined to their homes and public life is all but shuttered — and a majority say that’s the right call. A new survey from The Associated Press-NORC Center for Public Affairs Research also finds that a wide majority approve of how their state and local governments are responding to the pandemic.

Among other findings in the survey of American adults, conducted April 16-20:

— Overall, 63% of Americans approve of how state governments are handling the outbreak and as many also approve of their local governments’ response. Three weeks ago, Americans were slightly less likely to say they approved of each. Americans remain divided on the performance of the federal government, with 4 in 10 approving and about as many disapproving. 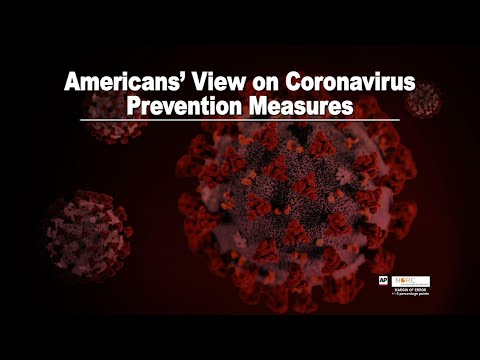 — Democrats are the driving force behind increased support for the response of state and local governments, even as the praise is bipartisan. Seventy-three percent of Democrats now approve of their state governments’ response, up from 56% in late March. The share of Republicans expressing approval, 59%, is roughly comparable to the level a few weeks ago.

— The emerging partisan split is also seen in how Americans of both parties view their state’s response based on which party controls the governor’s mansion.

In late March, while many Republican-led states had yet to enact stay-at-home orders to curb the spread of the outbreak, 72% of Republicans, but just 45% of Democrats, in states with a Republican governor said they approved of the state’s handling of the outbreak. In states with a Democratic governor, majorities of Americans in both parties praised the state response, with 66% of Democrats and 60% of Republicans saying they approved.

The AP-NORC poll of 1,057 adults was conducted April 16-20 using a sample drawn from NORC’s probability-based AmeriSpeak Panel, which is designed to be representative of the U.S. population. The margin of sampling error for all respondents is plus or minus 4.0 percentage points. Respondents were first selected randomly using address-based sampling methods and later were interviewed online or by phone.