LOS ANGELES (AP) — Michael Avenatti, the lawyer for Stormy Daniels, has denied allegations of domestic violence after his arrest near his ritzy Los Angeles skyscraper apartment.

“I have never struck a woman, I never will strike a woman,” Avenatti told reporters Wednesday after being booked and posting $50,000 bail.

Avenatti said he has been an advocate for women’s rights his entire career and is confident that he will be exonerated.

Earlier, he released a statement through his law firm slamming the allegation as “completely bogus” and intended to harm his reputation.

Avenatti, who has said he’s mulling a 2020 presidential run, pursued the president and those close to him relentlessly for months, taunting Trump in interviews and baiting him and his lawyers in tweets. 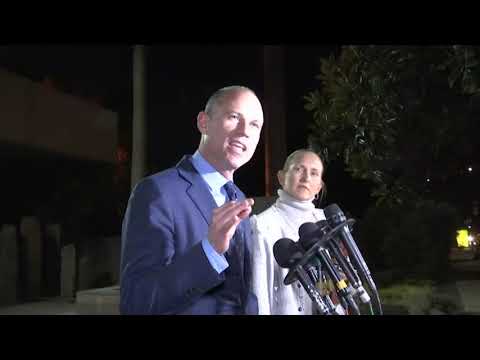 The Vermont Democratic Party canceled events planned for Friday and Saturday, where Avenatti was scheduled to speak, and is refunding ticket sales.