Denver teachers back at work after winning deal with raises

DENVER (AP) — Denver teachers ended a three-day walkout and returned to their classrooms Thursday, greeted by hugs and high-fives, after their union reached a tentative deal raising their pay, the latest win in a national movement by educators to raise their wages and advocate for changes in schools.

The deal was worked out in talks that lasted through the night and signed shortly before classes started. Teachers were encouraged to return to their classrooms, even though the deal awaits ratification by the union membership.

Susan McHugh said she was prepared to return to her government and politics class with a lesson plan based on her experience — a discussion about the labor movement and the power of collective bargaining.

“This is just a really good example of what can happen when people join forces together,” she said.

More than half district’s 4,725 teachers went on strike Monday after negotiations over pay broke down. The walkout came about a year after West Virginia teachers launched the national “Red4Ed” movement with a nine-day strike in which they won 5 percent pay raises.

There have since been walkouts in Washington state, Arizona, Kentucky and Oklahoma. Most recently, Los Angeles teachers staged a six-day strike last month. That walkout ended when teachers settled on a 6 percent raise and promises of smaller class sizes and the addition of more nurses and counselors. 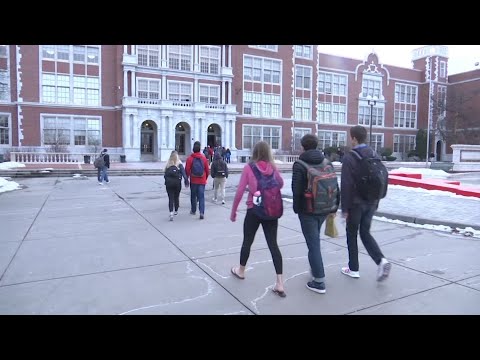 Teachers in Oakland recently voted to authorize a strike that could come as soon as next week if they can’t reach a deal.

In Denver, the union said teachers would get a base pay raise of between 7 to 11 percent in the next school year and cost-of-living increases in the following two years. However, the district put the average increase at 11.7 percent next year.

The deal also creates a pay scale based on experience and education more similar to other school districts and allows teachers to earn more by completing professional development courses, not just earning degrees. Starting pay will be $45,800.

However, the union compromised on incentive pay for teachers working in high poverty schools, which the district sees as key to helping disadvantaged students. Teachers agreed to raise bonuses for those working in low-income schools that the district deemed the most challenging to $3,000 a year.

They wanted to eliminate the retention bonuses completely because they say they do not prevent teacher turnover. The union thinks increasing overall funding for those schools, like paying for smaller class sizes and social workers, is a better approach. Both sides agreed to study what leads teachers to leave or stay in those schools and revisit the issue later.

The bonus pay was also contentious because it made wages unpredictable in a rapidly growing city where housing prices have spiked and demographic shifts have changed which schools are officially considered poor even if they have a significant number of low income students.

Teachers’ base pay was relatively low to start with, said Allison Atteberry a University of Colorado professor who has studied Denver’s incentive pay system. In Colorado, most education funding is provided by the state and a report by the Education Law Center and the Rutgers Graduate School of Education last year ranked the state last in the nation in competitive wages for teachers.

“Colorado really needs to think about the way it values and funds education statewide and that’s probably one of the biggest changes we can make,” she said.

The district said some of the extra money being put into teacher pay will come from cutting about 150 jobs in the district’s central office and eliminating bonuses for those staffers.