The Latest: Senate committee agrees to give Ford more time

WASHINGTON (AP) — The Latest on Supreme Court nominee Brett Kavanaugh and a woman accusing him of sexually assaulting her decades ago (all times local):

The Senate Judiciary Committee is giving Christine Blasey Ford more time to decide on the terms for her to testify about allegations that Supreme Court nominee Brett Kavanaugh sexually assaulted her at a party when they were teens.

That’s according to a late-night tweet from Chairman Chuck Grassley of Iowa.

Grassley said he “just granted another extension” to Ford.

They have been in a high-stakes negotiation over the terms of her appearance at the committee. Grassley set a 10 p.m. deadline Friday for her to respond to the panel’s latest offer.

But as the deadline neared, Ford’s attorney asked for another day. The length of Grassley’s extension is unclear.

Grassley addressed his tweet to Kavanaugh and said he hopes the judge understands and added Ford should decide “so we can move on.” 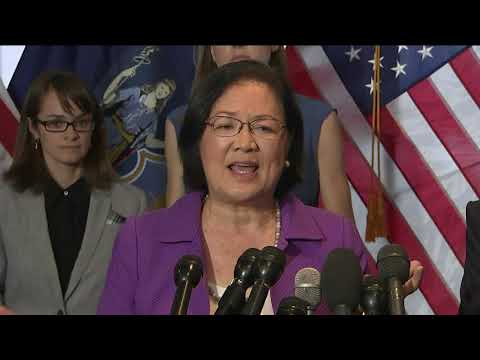 The lawyer for Christine Blasey Ford wants another day to consider terms for testifying to the Senate Judiciary Committee about her allegation that Supreme Court nominee Brett Kavanaugh sexually assaulted her when they were teens.

Attorney Debra Katz calls Friday’s deadline for a response “arbitrary.” She says “its sole purpose is to bully” Ford.

Ford met with the FBI for several hours about death threats she has received and wants to consider her response until Saturday.

The committee and the attorney are in a showdown ahead of a scheduled Monday meeting.

Kavanaugh denies the allegations and has said he would testify to clear his name. Ford wants to appear later in the week.

Chairman Chuck Grassley says if no agreement is reached the panel may vote Monday on Kavanaugh’s nomination.

President Donald Trump says Brett Kavanaugh was born to be on the Supreme Court and “it’s going to happen.”

Kavanaugh is currently fighting a decades-old allegation from Christine Blasey Ford that he sexually assaulted her in the early 1980s.

The Senate Judiciary Committee has given Ford until 10 p.m. Friday to reach agreement on terms for her to testify. Otherwise, Republican chairman Chuck Grassley says the panel will vote Monday on whether to send Kavanaugh’s nomination to the full Senate for a confirmation vote.

Trump has defended Kavanaugh, who denies the allegation.

The president was at a campaign rally in Missouri on Friday when he said the state’s Democratic senator, Claire McCaskill, said she’ll vote against Kavanaugh.

The Senate Judiciary Committee chairman says his panel will vote Monday on Brett Kavanaugh’s Supreme Court nomination if there’s no agreement on whether and how the woman accusing him of a long-ago sexual assault will tell her story to lawmakers.

Grassley says in a statement that he has not agreed to Ford’s proposal that she testify after Kavanaugh.

He also says he’ll decide who conducts the questioning. That indicates he’s rejected Ford’s request that the committee’s all-male members not use an outside counsel, likely a woman, to question Ford.

Grassley’s statement raises pressure on Ford to agree to his terms or lose her chance to testify.

Earlier Friday, Trump had abruptly abandoned his restraint and said if the attack had been that “bad” then she would have filed charges.

Collins, a key Republican vote in the narrowly divided Senate, said in Portland, Maine: “I was appalled by the president’s tweet.”

She stopped short of saying she believed Christine Blasey Ford’s allegation that Kavanaugh sexually assaulted her while they were teenagers. But she pointed out that sexual assault is one of the most underreported crimes and added, “I thought that the president’s tweet was completely inappropriate and wrong.”

Until Friday, Trump had been restrained, saying that Ford should be heard.

A group of 75 women convened at a Washington hotel to voice their support for Supreme Court nominee Brett Kavanaugh, who has been accused of sexually assaulting a woman at a party when they were teens.

Sarah Fagen, who said she is a longtime friend of Kavanaugh’s, called the allegation false. When asked how she can be sure, Fagen said, “the charge leveled against him is inconsistent with every single thing we know about him.”

Kavanaugh has denied the assault allegation. Senate Republicans have scheduled him to testify at a hearing on Monday. His accuser, Christine Blasey Ford, has said she is willing to testify later in the week under certain conditions.

The Friday event was organized by a group of Kavanaugh’s friends and former law clerks.

A source close to Christine Blasey Ford says she plans to meet with FBI agents about death threats she says she’s received since accusing Supreme Court nominee Brett Kavanaugh of sexually molesting her years ago. Kavanaugh has denied Ford’s claim of a sexual assault at a 1980s high school party.

Ford is a psychology professor in California and her meeting with agents was in the San Francisco area.

Through her lawyers, Ford has said death threats have forced her to relocate her family. Part of her attorneys’ talks with Senate staff has been over security measures she wants in place should she appear.

Her attorneys are negotiating with Republican Senate aides over whether she’ll testify at a Judiciary Committee hearing next week.

The source provided no other detail, wasn’t authorized to describe Ford’s activities on the record and spoke only on condition of anonymity.

The California congresswoman who met with the woman accusing Supreme Court nominee Brett Kavanaugh of sexually assaulting her decades ago says the accuser “should not be underestimated.”

Eshoo learned in July of Ford’s allegation Kavanaugh assaulted her when they were teenagers, which Kavanaugh denies.

Ford and Kavanaugh have been invited to testify Monday before the Judiciary panel. Kavanaugh has agreed to go. Ford says she can’t appear that day and wants to testify next Thursday if Republicans agree to several conditions, including that she not be in the same room with Kavanaugh.

Senate Majority Leader Mitch McConnell is telling evangelical activists the Senate will “plow right through” and move to confirm Judge Brett Kavanaugh to the Supreme Court.

McConnell told the annual Values Voter conference Friday “in the very near future, Judge Kavanaugh will be on the United States Supreme Court.” He urges the Republican-leaning activists to “keep the faith” and predicts senators will do their jobs.

McConnell’s predictions come as California college professor Christine Blasey Ford accuses Kavanaugh of sexual assault more than 30 years ago when they were teenagers. Kavanaugh has denied the allegations.

Negotiations have been ongoing on whether Ford will testify next week before the Senate Judiciary Committee.

President Donald Trump is challenging by name the woman accusing his Supreme Court nominee of sexual assault, saying if the attack she alleges were that “bad” then she would have filed charges.

Trump tweeted Friday: “I have no doubt that, if the attack on Dr. Ford was as bad as she says, charges would have been immediately filed with local Law Enforcement Authorities by either her or her loving parents. I ask that she bring those filings forward so that we can learn date, time, and place!”

The president previously had avoided naming California college professor Christine Blasey Ford or casting doubt on her account. Ford alleges Kavanaugh sexually assaulted her more than 30 years ago when they were teenagers. Kavanaugh has denied the allegations.

Trump tweeted Friday that Kavanaugh has an “impeccable reputation” and that Democrats “don’t want to know the answers, they just want to destroy and delay.”

He adds, “Facts don’t matter. I go through this with them every single day in D.C.”

Kavanaugh’s nomination has been thrown into doubt by California college professor Christine Blasey Ford’s allegations he sexually assaulted her more than 30 years ago when they were teenagers. He has denied the allegations.

Negotiations continue over whether Ford will testify next week.

Republicans want to conclude the nomination process quickly. Democrats have seized on the development as justification to delay the high-stakes nomination and say it’s being rushed.

Presidential counselor Kellyanne Conway says the #MeToo movement against sexual misconduct should not be conflated with the assault allegation against Supreme Court nominee Brett Kavanaugh and his denial.

Conway told CNN on Friday, “Let’s not conflate the larger #MeToo movement with whatever did nor did not happen in the summer of 1982.”

Conway was a GOP political consultant for decades before working for President Donald Trump. She says she can relate to women who say they’ve been mistreated by men and understands why it might take years to come forward with such allegations. But she says California college professor Christine Blasey Ford’s accusation Kavanaugh tried to rape her when they were teenagers should not be lumped in with the movement that has toppled men from the pinnacles of their careers.

Conway says Ford and Kavanaugh should testify before the Senate Judiciary Committee next week.

Christine Blasey Ford may testify against Supreme Court nominee Brett Kavanaugh after all. That word from her attorney could breathe new life into the prospect of a dramatic Senate showdown next week over Ford’s accusation that he assaulted her when both were in high school.

The preference would be for Ford to testify next Thursday, and she doesn’t want Kavanaugh in the same room, her attorney told Judiciary Committee staff in a 30-minute call that also touched on security concerns and others issues. That is according to a Senate aide who wasn’t authorized to discuss the matter and spoke on condition of anonymity.

Ford is willing to tell her story to the Judiciary Committee, whose senators will vote on Kavanaugh’s confirmation — but only if agreement can be reached on what her attorney called “terms that are fair and which ensure her safety.” No decisions have been reached.