WASHINGTON (AP) — In unusually forceful language, the leadership of the Washington National Cathedral condemned what it called the “racialized rhetoric” of President Donald Trump and directly compared him to 1950s anti-Communist demagogue Sen. Joseph McCarthy.

The statement, released Tuesday, isn’t so much an appeal for Trump to retract or soften his statements as a call for the nation as a whole to reject them.

It asks: “After two years of President Trump’s words and actions, when will Americans have enough?”

The criticism comes after a particularly inflammatory month for Trump. He has publicly told four outspoken congresswomen of color--three of whom were born in the U.S.--to “go back” where they came from. He also feuded with Rev. Al Sharpton, Democratic Rep. Elijah Cummings of Maryland and called the city of Baltimore a “rodent-infested mess.”

The statement, issued in the name of three of the cathedral’s top leaders — Revs. Mariann Budde, Randolph Hollerith and Kelly Douglas — makes multiple direct references to the Communist witch-hunts of the 1950s led by McCarthy.

It accuses Trump of deliberately fanning racial divisions for political gain in the same way that McCarthy used fears of Communist infiltration.

“When such violent dehumanizing words come from the President of the United States, they are a clarion call and give cover to white supremacists,” it states. “We have come to accept a level of insult and abuse in political discourse that violates each person’s sacred identity as a child of God.” 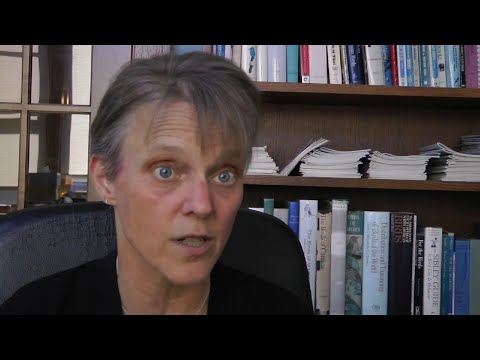 The cathedral belongs to the Episcopal Church and is designated by Congress as a non-denominational National House of Prayer. It has been the site of four state funerals for deceased presidents — most recently George H.W. Bush in 2018.

It has a history of liberal political stances and has condemned Trump’s ban on transgender members of the U.S. military and the policy of separating immigrant families at America’s southern border.