EDGEFIELD, S.C. (AP) — The Latest on President Donald Trump and the 2020 Census (all times local):

The California Democrat says the administration is battling in federal court to insert the question because it would have a chilling effect on who responds. Census Bureau experts and critics of the question say it would discourage people in the U.S. illegally from responding, including large numbers of migrants from Central America.

Pelosi says at a San Francisco news conference that if people don’t answer their census forms, the administration will win.

The Supreme Court has temporarily blocked the question’s inclusion.

The Census is used to distribute congressional seats and government funds. Undercounting migrants would shift federal representation and dollars away from areas where immigrants live.

The Justice Department is shaking up the legal team trying to add a citizenship question to the census.

Officials say a new team of lawyers will take over the litigation.

The Supreme Court has barred the inclusion of a citizenship question, at least temporarily. But the Justice Department has said it will continue to try to find legal grounds to force it on the 2020 census. 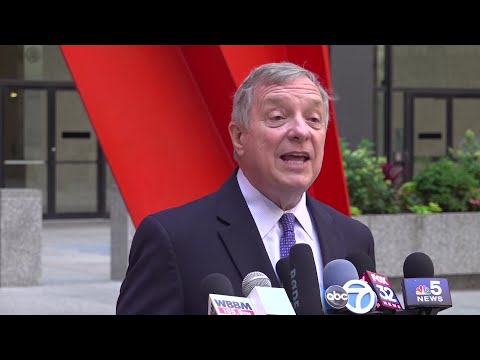 A Justice Department official tells The Associated Press that the team will be made up of career lawyers and political appointees. The official says a top civil attorney in the department, John Burnham, will no longer lead the litigation team.

The official spoke on condition of anonymity to discuss the matter ahead of a court filing expected Monday.