The cash payments are far less than what other Catholic sex abuse survivors have typically received since the church’s abuse scandal erupted in the United States in 2002.

An official with the Franciscan Friars order denies the two men’s race or poverty had anything to do with the size of the settlements.

In one case, the Rev. James G. Gannon, leader of a group of Wisconsin-based Franciscan Friars, settled an abuse claim made by La Jarvis D. Love against another friar for $15,000, during a meeting at an IHOP restaurant where Gannon met with La Jarvis, his wife and their three small children.

“He said if I wanted more, I would have to get a lawyer and have my lawyer call his lawyer,” La Jarvis Love, 36, told the Associated Press. “Well, we don’t have lawyers. We felt like we had to take what we could.”

“They felt they could treat us that way because we’re poor and we’re black,” Joshua Love said of the settlements he and La Jarvis received. 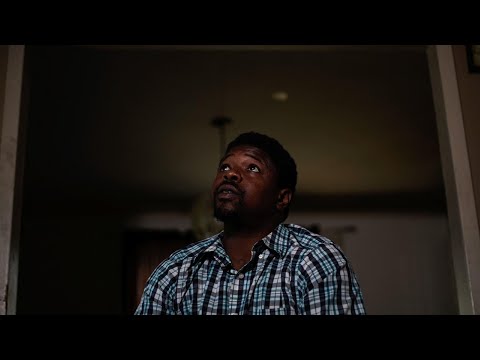 Across the United States, settlements have ranged much higher. In 2006, the Catholic Diocese of Jackson, which includes Greenwood, settled lawsuits involving 19 victims— 17 of whom were white— for $5 million, with an average payment of more than $250,000 per victim.

In 2018, the St. Paul-Minneapolis archdiocese agreed to pay an average of nearly $500,000 each to clergy abuse survivors.

Joshua Love and La Jarvis Love and a third alleged victim, Joshua’s brother Raphael Love, say they were repeatedly abused by Brother Paul West during the 1990s, when they were elementary school students at St. Francis of Assisi School, in Greenwood, Mississippi.

On some occasions, Joshua Love said, West asked whether he preferred to be beaten or molested. “He gave me the option to whup me or play with my penis,” he said.

Joshua Love said he was also abused by a second Franciscan at the school, the late Brother Donald Lucas.

Catholic officials have been promising to end the cover-up of sex abuse for nearly two decades. In 2002, the United States Conference of Catholic Bishops approved a Charter for the Protection of Children and Young People, pledging to respond to abuse allegations in an “open and transparent” manner. And earlier this year, Pope Francis issued a new church law requiring Catholic officials worldwide to report sexual abuse — and the cover-up of abuse — to their superiors.

Gannon, during interviews with the AP, said he believes that Joshua, La Jarvis and Raphael Love were abused and acknowledged that the settlements are less than generous.

“We’ve hurt them tremendously and no amount of money would ever account for what happened to them,” he said.

Asked if the Loves’ race or poverty had anything to do with the size of the settlements they were offered, Gannon said, “Absolutely not.”

Gannon also said the Franciscans have no intention of enforcing the non-disclosure agreements in the two settlements.

But the secret deals the Franciscans reached with La Jarvis and Joshua Love show that, in some cases, the American church continues efforts to limit financial fallout and keep sexual abuse under wraps — as it did in the years before 2002 when settlements with victims were routinely arranged in secret for small sums of money.

Mark Belenchia, a Catholic sex abuse survivor and Mississippi leader of SNAP — the Survivors Network of those Abused by Priests — said the agreements raise questions about the viability of the American church’s child-protection charter and underscore the need for law enforcement investigations.

“The church is only focused on its image and management of the on-going cover-up,” he said. “That is why it’s critical for law enforcement to investigate fully without interference from the church.”

West, now 59, declined to answer questions. Lucas died in 1999 in an apparent suicide. But the Jackson diocese has found the allegations against them credible and recently notified the local district attorney in Greenwood.

Unlike Joshua and La Jarvis Love, who reported their alleged abuse last year, Raphael Love told Church authorities about West while his alleged abuse was taking place, in 1998, when he was nine years old.

Stephen J. Carmody, an attorney for the Diocese of Jackson, said church officials notified police and a social services agency in 1998.

Raphael Love, now 30, is currently serving two life sentences in a Tennessee prison for a double homicide he committed when he was 16. He said he rejected Gannon’s offer to settle his abuse claim for $15,000, saying he needed more to hire an attorney to appeal his criminal conviction.

But the AP discovered that West began teaching fifth grade at a Catholic school near his home in Appleton, Wisconsin, in 2000, and remained on the job until at least 2010.

John F. Hawkins, the Jackson civil attorney who represented victims in the 2006 settlement, said he’s preparing to file a lawsuit on behalf of La Jarvis and Joshua Love, in which he will argue that the settlements they signed are not legally binding, in part due to the “extreme emotional and financial duress” they were under at the time.