CARACAS, Venezuela (AP) — Venezuela’s Supreme Court barred opposition leader Juan Guaido from leaving the country Tuesday, a move certain to heighten tensions as the man challenging President Nicolas Maduro’s claim to the presidency presses forward with establishing a transitional government and the U.S. warns of “serious consequences” if he is harmed.

The government-stacked high court announced the order just hours after chief prosecutor Tarek William Saab announced that he was opening a criminal investigation into Guaido’s anti-government activities and requested that restrictions be placed on his movements abroad. The court also approved Saab’s request that all of Guaido’s financial assets be frozen.

U.S. national security adviser John Bolton issued a warning to the Maduro government earlier in the day urging them not to harm Guaido, the head of the opposition-controlled congress who has been recognized by the Trump administration and two dozen other nations as Venezuela’s rightful president.

“Let me reiterate. There will be serious consequences for those who attempt to subvert democracy and harm Guaido,” Bolton said on Twitter. 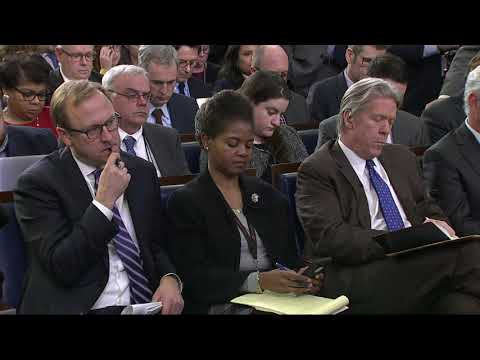 The Supreme Court’s order comes as tensions between the U.S. and Venezuela reach a new high, with Maduro accusing the Trump administration of staging a coup against his presidency and Guaido seeking to consolidate an interim government under his own leadership.

Guaido has thus far managed to avoid arrest, and the Supreme Court did not strip him of his legislative immunity, though the new investigation may signal that Maduro’s socialist government is moving to take a more punitive approach.

Speaking earlier outside the National Assembly, Guaido said he is aware of personal risks, but added, “Venezuela is set on change, and the world is clearly conscious of what’s happening.”

“I don’t underestimate the threat of persecution at the moment, but here we are,” he added.

The U.S. has emerged as Guaido’s most powerful ally, announcing on Tuesday that it was giving him control of Venezuela’s U.S. bank accounts. U.S. Secretary of State Mike Pompeo certified that Guaido has the authority to take control of any Venezuelan government accounts at the Federal Reserve Bank of New York or any other U.S.-insured banks.

Pompeo said the certification would “help Venezuela’s legitimate government safeguard those assets for the benefit of the Venezuelan people.”

Violent street demonstrations erupted last week after Guaido during a huge opposition rally in Caracas declared that he had assumed presidential powers under the constitution and planned to hold fresh elections to end Maduro’s “dictatorship.”

Guido is calling for nationwide walkouts Wednesday afternoon and another round of mass protests Saturday as he seeks to ramp up pressure on Maduro. But Maduro has so far shown no signs that he is looking to cede the presidency.

Maduro went on state television Tuesday to announce that he was beefing up the nation’s defense by expanding Venezuela’s civilian armed militia to 2 million members. The reserve force was created by the late Hugo Chavez to train civilians to assist the armed forces and defend the socialist revolution from attacks.

“Once more we’ll come out victorious,” said Maduro, who wore a green cap and shirt before rows of troops. “We are on the right side of history.”

Russian Deputy Finance Minister Sergei Storchak told Russian state news agencies that “there will probably be problems” for Venezuela in paying its debts.

Storchak said Venezuela owes Russia $3 billion, and has repayments twice a year of around $100 million, with the next due in March. Russia also has extensive commercial interests in Venezuela, including state oil company Rosneft’s partnership with the Venezuelan state oil company, Petroleos de Venezuela SA.

Kremlin spokesman Dmitry Peskov said the Kremlin shares the view of the Venezuelan government that the U.S. sanctions are “illegal” and sees them as a tool of unfair competition by the United States.

The U.S. State Department, meanwhile, said Americans shouldn’t travel to Venezuela, warning of unrest, the threat of being arbitrarily arrested and the danger of mass demonstrations erupting with little notice. The announcement raised the travel advisory to its highest level, putting Venezuela on a no-travel list that also includes Syria, Afghanistan, Iraq and South Sudan.