NEW YORK (AP) — As the bull market for U.S. stocks celebrates its 10th birthday, joining the party has never been cheaper or easier.

Investors can buy or sell stocks on their phone with the flick of a thumb, and for a much lower cost than was possible on March 9, 2009, when the S&P 500 finally hit bottom after the financial crisis. And a growing number of them are investing passively with funds that track a benchmark such as the S&P 500 or Nasdaq 100 indexes.

Investors also have more choices after the industry introduced thousands of funds to cover everything from the broadest swaths to the smallest niches of the market. More American families, meanwhile, have been participating in the market than just after the Great Recession ended, though most of the benefits are still concentrated at the top of the income ladder.

Here’s a look at some of the biggest changes in investing since the S&P 500 launched into its longest bull market on record.

— Index funds have become the default way for many to invest.

This is the biggest change over the last 10 years, many professional investors say.

Instead of trying to weed out the best stocks from the worst, index funds own all the stocks in a given index. Because of that, index funds offer lower fees than actively managed funds. They’ve also been the better performers since the bull market began. 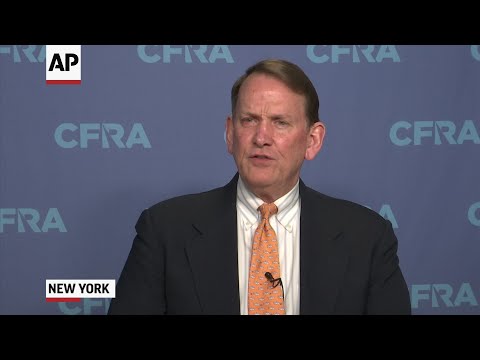 In the largest category of U.S. stock funds by assets, just 11 percent of actively managed funds were able to beat their index-fund peers over the 10 years through 2018, according to Morningstar.

“Ten years ago, you didn’t need to me to build a portfolio: Everything was cheap,” said Charles Lemonides, founder of ValueWorks LLC, who hunts for stocks that look like the best values.

Now, managers like Lemonides say the pendulum may swing back in their favor because investors need an expert to spot the remaining bargains and avoid overbought stocks.

— Investing has become more accessible and affordable than ever.

As the bull market rolled on, the financial industry found itself in a fight to attract increasingly price-conscious investors.

“Retail investors are very savvy and very sensitive about what they pay for investment services,” said Christopher Marangi, co-chief investment officer of value at Gabelli Funds. “Investors are consumers, and there’s a greater ability to price shop then there was.”

More brokerages are offering zero commissions on ETF and other trades. Not only that, some exchange-traded funds themselves now charge zero in annual fees.

The decline in fees has been a boon for investors, who get to keep more of their own returns. While a drop to $9 from $87 may not sound like much, it adds up. Translated for a $95,600 portfolio, which Fidelity says is the average size of a 401(k) account, that means an investor gets to keep $745 more of their money.

— The industry increasingly caters to those investors who don’t want to figure out how to invest their nest eggs.

With target-date funds, investors pick a fund tied to the year they hope to retire, and the funds take care of all investment decisions. When retirement is decades away, they’ll invest mostly in stocks. As retirement approaches, they’ll shift more to bonds and other more stable investments.

— Investors have many more options.

Want an easy way to invest in stocks from Saudi Arabia? There’s an ETF for that. How about a fund focused only on companies that are most supportive of U.S. military veterans? That’s also available.

From 2009 through 2017, the fund industry opened nearly 7,000 mutual funds and ETFs. (It also closed or merged nearly 5,500 funds over the same period of time.) Besides focusing on increasingly esoteric corners of the market, new funds are also replicating hedge-fund strategies or time-tested value-investing philosophies.

“Sometimes they are good products, and sometimes it’s great for the salesman but nobody else,” said Lew Altfest, CEO of Altfest Personal Wealth Management.

— As the S&P 500 quadrupled over the past decade, some investors got back in while others became first-time market players.

Stock ownership trends tend to follow the job market. A job gives Americans cash to invest and, increasingly, employers give them a nudge to do so.

At 401(k) and similar plans that Vanguard keeps records for, for example, 46 percent of employers automatically enroll their workers in the retirement plan. That’s nearly double the 24 percent rate in 2009.

— What hasn’t changed is that stock investing is still risky.

This bull market for stocks has had several near-death experiences, including late last year when the S&P 500 tumbled 19.8 percent on worries about interest rates, trade wars and a slowing global economy. A decline of 20 percent or more would have signaled the end of the bull market and the start of a bear market.

Even though investors have just gone through a decade-long advertisement for how a “buy-and-hold” strategy can pay off in the long term, many wondered if December’s plunge signaled a time to sell in order to avoid more losses.

And therein lies the potential downside of all the decade’s improvements for investors. It’s cheaper and easier than ever to get into the market, but also to get out of it. The problem is that timing the market correctly is difficult, both on the way down and up.

Encouraging investors to stay the course, even when markets are volatile, is one of the hoped-for byproducts of target-date funds.

“It’s probably a bad thing to allow individuals to time the market,” said Gabelli’s Marangi. He recommends dollar-cost averaging, where investors put money into investments regularly. While that means buying at high prices when markets are cruising, it also means cheaper prices during down markets.

“It’s one of those few nuggets of wisdom that seem to work.”