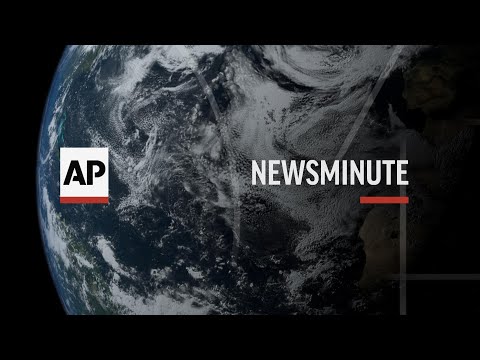 1. A NEW REVEAL FROM A DIPLOMAT AS IMPEACHMENT GOES PUBLIC

Democrats say the public session in the House revealed a striking account of Donald Trump abusing his office, something Republicans say the hearing showed none of.

2. WHAT’S NEXT IN IMPEACHMENT HEARINGS

Several more witnesses are expected to say they too worried about Trump’s push for Ukraine to investigate Democrats as the U.S. withheld military aid from the country.

Gaza militants fire a barrage of rockets into Israel, hours after a cease-fire was declared to end two days of intense fighting between Israel and the Islamic Jihad group.

Most experts say that even under the best scenarios, the fires and widespread power shutoffs will be here for years to come and Californians will pay higher prices for less reliable energy.

Analysts and officials say bloated public sector budgets to maintain political patronage networks are to blame for everyday people not seeing the fruits of this wealth.

6. WHO HAS BACKING IN BOLIVIA

Jeanine Añez, who has claimed the interim presidency, seems to have the backing of the police, the military and the Roman Catholic Church. But supporters of the ousted Evo Morales are not backing down as clashes continue.

Though the president won the deep red state by 20 percentage points, the governor’s race has reached its final days ahead of Saturday’s election as a tossup.

8. HOW TANKERS ARE AVOIDING DETECTION

Experts say some oil tankers are ignoring international rules on reporting their location so they can illicitly transport petroleum for Venezuela in violation of international sanctions.

The “Friends in Low Places” singer wins the top prize over Carrie Underwood, who many had hoped would be the first female to win entertainer of the year since 2011.

10. WHAT THE ASTROS CAN ACCOMPLISH

If Alex Bregman is the AL’s Most Valuable Player, Houston will become the first team to have an MVP, Cy Young Award winner and Rookie of the Year in the same season.