In Klobuchar’s past, questions about a teen jailed for life

MINNEAPOLIS (AP) — During a presidential debate, Amy Klobuchar defended her tough-on-crime record during her days as a top Minneapolis prosecutor.

She recounted a story that has helped propel her political career, including her 2007 Senate bid: Members of the African American community were seeking justice for kids killed in gun violence, she said. When a little girl was struck by a stray bullet while doing homework at the dining room table, Klobuchar’s office helped put away the shooter.

But what if Myon Burrell — a black teen sentenced to life in prison — was innocent?

A year-long Associated Press investigation has uncovered new evidence and myriad inconsistencies in the police investigation.

This story was produced in collaboration with American Public Media.

With no gun, no DNA, no fingerprints, the case against Burrell revolved around a teen rival who gave conflicting accounts of the shooting. Later, police turned to jailhouse informants, some of whom say they were coached and have since recanted. Alibis were not questioned. Key evidence has gone missing or was never obtained, including a convenience store surveillance tape that Burrell and others say would have cleared him. And the chief homicide detective was caught on camera offering cash for information -- even if it was just hearsay. 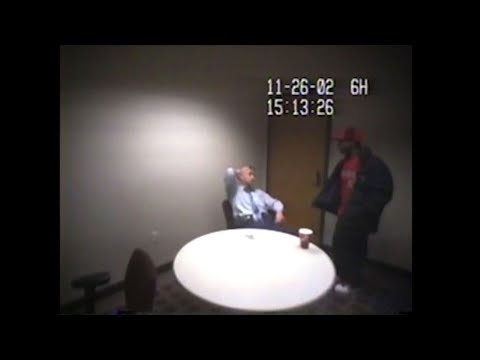 Burrell, now 33, has maintained his innocence.

His co-defendants have confessed to the crime that tragically took the life of 11-year-old Tyesha Edwards in 2002, saying Burrell was not even there.

For years, one of them has insisted he was actually the trigger man.

A spokesperson for Klobuchar’s campaign said Burrell was tried and convicted in Tyesha’s murder twice, and the second trial occurred when Klobuchar was no longer the Hennepin County Attorney. If there was new evidence, she said, it should be immediately reviewed by the court.

When Klobuchar became top prosecutor in Hennepin County in 1999, crime rates were just starting to fall. But the streets were still flooded by drugs and guns, and Tyesha’s death set off an uproar.

Three suspects were rounded up and charged with murder in less than a week.

Ike Tyson, 21, and Hans Williams, 23, were easy. They were seen driving by minutes before the shooting, and one of their girlfriends called 911. Both have confessed.

Burrell was harder. His name was dropped by a jailhouse informant hours after the shooting, helping steer the police investigation.

The lead homicide detective was seen on police video offering “major dollars” for information, even if it was unconfirmed.

“Hearsay is still worth something to me,” Sgt. Richard Zimmerman told a man in his interrogation room. “Sometimes … you get hearsay here, hearsay there. Sometimes it’s like a jigsaw puzzle, things come together, you know what I mean?”

The man said he didn’t know much, but gave up a few names. He pocketed $600 for just one: Burrell’s.

Tyson and Williams were driving in south Minneapolis when they spotted a group of guys hanging out. One of them was 17-year-old Timmy Oliver, a rival, who had waved a gun at them weeks earlier.

They drove on, picked up an unidentified acquaintance, got a gun and headed back. They parked a block away, with Williams waiting in the driver’s seat for a quick getaway. Tyson and the third man jumped out, cutting through an alley. Obscured by a wall, Tyson fired at Oliver.

Soon after the shooting, Tyson was telling everyone who would listen that Burrell was not at the scene, court records show. But he said his lawyer told him he’d never see the outside of a prison unless he implicated the youth. Eventually he buckled, but only after being promised his plea would not be used against Burrell.

Tyson has never named the other man who was with him, saying he doesn’t want to pull in a person who was only peripherally involved.

The getaway driver, Hans Williams, did identify a third man, by name and photograph. A 2005 police interview with that suspect was “permanently checked out” by the Hennepin County Attorney’s Office, and now can’t be found.

The star witness for the prosecution in Burrell’s first trial was Oliver, the intended target.

The 17-year-old was interviewed by police for eight hours, before signing a statement saying he saw Burrell standing across the street in an open lot between two houses. Later, as a star witness for the prosecution, Oliver said he could see the 5’3” Burrell firing from behind a 5-foot wall, 120 feet away.

But that’s not what Oliver was saying the day of the shooting, according to his best friend, Antoine Williams.

“I asked Timmy at the time, ‘Who, who did the shooting?’” he said in a taped interview with a private investigator hired by one of Burrell’s attorneys. “He said, ‘I couldn’t see where it was coming from.’”

Oliver died a year later. Without their sole eyewitness, police turned to seven jailhouse informants to bolster their case ahead of Burrell’s second trial.

Terry Arrington, a member of a rival gang, was one of them.

He says he did not have any information about the case, but was told, if he cooperated, his time would be cut from more than 16 years to three. “They basically brought me through what to say.”

He got his deal, but now lives with that burden. At least one other informant has recanted.

The afternoon of the shooting, Burrell said, he was playing video games with a group at his friend’s house. Hungry, they decided to pick up something at a nearby convenience store, just a few hundred yards from Tyesha’s house.

Though police mentioned two people who were with him at the store, there is no record detectives tried to track them down. And they told AP they never talked to police. Police also did not pull store’s surveillance tapes that Burrell says could have cleared him.

During his 3-hour interrogation, Burrell didn’t ask for an attorney, he asked for his mom. Thirteen times. Police would later rule that his rights had been violated.

Initially, Burrell thought police would realize they had the wrong guy, and he’d be home. But things kept getting worse. Burrell was certified as an adult and placed in solitary confinement.

One month later, his mother was driving home after a prison visit. She swerved off the road, crashing into a tree. The car burst into flames, killing her.

Burrell, now 33, believes authorities knew that he was innocent all along.

“They just didn’t feel like my life was worth living.”