HAVANA (AP) — Drivers of classic cars, restaurateurs, tour guides and owners of bed-and-breakfasts are all saying the Trump administration’s new restrictions on U.S travel to Cuba will be a severe blow to their businesses.

The restrictions announced Tuesday eliminate U.S. cruise travel to Cuba. They also wipe out the most popular category of legal travel to the island, the group educational trips known as people-to-people travel.

An expert on Cuban tourism says the Cuban state stands to lose $130 million per peak cruising season, which runs from November to June. No figures were available on the expected losses to private businesses, which serve many people-to-people groups. But Cuban entrepreneurs say they expected major damage.

“We’re about to enter a terrible period,” said Enrique Nuñez, owner of La Guarida, one of the Havana’s best-known private restaurants.

Just before 5 p.m. Wednesday, Royal Caribbean’s Empress of the Seas pulled out of Havana harbor, blowing its horn in farewell as it became what could be the last U.S. cruise ship to visit Havana during the Trump administration.

“I wasn’t aware this would be the last cruise,” passenger Garry Lemar said before boarding. 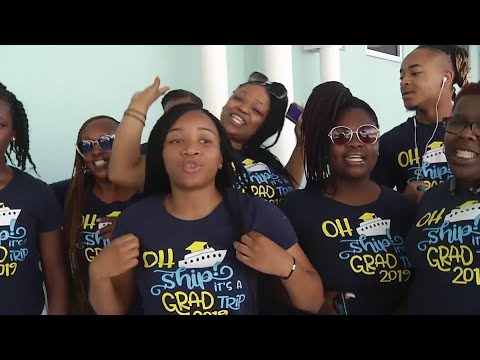 In Nassau in the Bahamas, hundreds of angry passengers disembarked from Norwegian Cruise Line’s Norwegian Sun after it was rerouted from its path to Cuba.

Cruise ships were offering discounts and refunds to passengers diverted from Cuba, but many weren’t placated.

“I have been to the Bahamas several times and I’m not very happy,” said Gigi Starks, a teacher and realtor from Atlanta. “I really wanted to go to Cuba.”

Outside Havana’s cruise dock, drivers of classic cars said they were bracing for the worst.

“The repercussions will be very big because nobody will be working,” said Yosbell Figueroa, who has been supporting two children and his parents with income earned from driving cruise passengers around in his ’51 Chevrolet. “It won’t just be classic convertibles but hotels and people in general. It’s going to affect everyone.”

Cuba has about 500,000 private businesspeople who operate about 24,000 rooms in bed-and-breakfasts and hundreds of private restaurants.

With a drop in aid from Venezuela, Cuba has been counting on tourism to lift its stagnant economic fortunes. It imposed food rationing last month.

Tourism expert José Luis Perelló said Trump’s latest measures would keep Cuba from reaching its objective of 5 million tourists in 2019, 200,000 more than in 2018. In just the first four months of 2019, 142,000 Americans came to Cuba by cruise ship, more than half of all American visitors. That figure is now set to plummet.

“Tough times are coming for my business,” said David Pajón, who rents an apartment in Old Havana. He said he had a message from the Trump administration.

“If you want prosperity for the private sector in Cuba and the Cuban people in general, no more sanctions please!”