WASHINGTON (AP) — North Carolina’s special election results are flashing 2020 warning signs for Republican President Donald Trump — and also for his Democratic foe, whoever that turns out to be.

Even though Republicans won Tuesday’s race for a House seat, the narrow victory for Dan Bishop underscored the president’s problems with suburban voters who took a chance on Trump in 2016 but seem to be shifting toward Democrats. In Charlotte’s sprawling Mecklenburg County, there was a 14-point swing toward the Democrats, and there are many similar suburbs across Michigan, Wisconsin and Pennsylvania battlegrounds that will be key to Trump’s reelection.

At the same time, Democrats are watching uneasily as rural voters slip further away, hardening the political realignment of 2016 when Trump peeled off disgruntled Democrats to build his base.

Special elections are always unique, experts say. This one, on a sleepy late-summer Tuesday with relatively few people focused on politics, can hardly foreshadow next year in any deep way. But both parties poured millions of dollars into it, and they’re trying to read the outcome’s signs for 2020.

“What’s at stake is suburban voters,” said Rick Tyler, a Republican operative. Trump’s coalition appears to be shifting as suburban women move away from the president, he said. Less clear is if they’re decidedly turning to Democrats. 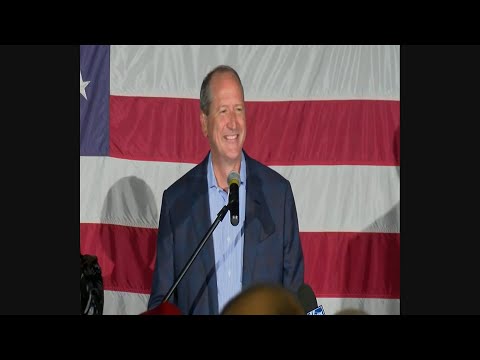 Other Republicans say that some regions appear to be going “Trumpier,” as one strategist put it, and big turnouts of rural voters can offset losses in the suburbs. Also, GOP deserters will be fewer if Democrats pick a presidential nominee -- Elizabeth Warren or Bernie Sanders -- who will be portrayed as too liberal.

“We don’t really look at it suburban-versus-rural areas or whatever,” said Chris Carr, the political director of the Trump campaign and the Republican National Committee. He said the party has moved away from geographic targeting and is more focused on turning out individual voters.

“So there’s a new math there,” said Trump campaign adviser Bill Stepien. “And I think we need to throw out the old way we look at how elections are won and lost.”

But is that just wishful thinking?

The race in North Carolina was the Republicans’ to lose. The seat has been held by Republicans for decades and was only contested because the 2018 midterm results were tossed out amid allegations of voter fraud by the former GOP candidate’s campaign.

The do-over matched another Republican, state Sen. Bishop, who authored a controversial bathroom bill that mandated which facilities transgender people can use, against Democrat Dan McCready, a Marine veteran and businessman.

McCready is just the kind of Democratic candidate who helped the party gain control of the U.S. House in the 2018 midterms, a newcomer with a national security background. But his appeal, while strong in the suburbs, was not enough to overpower Trump’s candidate in the rural regions.

The president touched down for a big rally in the district on the eve of Election Day, aiming to turn out the vote. Republicans say his ability to push people to the polls cannot be overstated and they saw increases in same-day voting.

Democrats, though, contend the president’s arrival had the opposite effect in the suburbs, where he is “the biggest unifier,” as one operative put it, pushing Democrats and independents to vote against him.

And the big-money, one-seat campaign is hardly typical of what can be expected in districts across the country next year.

“Republicans in Washington had to spend over $6 million to barely scrape by in a district President Trump once carried by nearly 12 points,” said Rep. Cheri Bustos, D-Ill., chair of the House Democrats’ campaign committee. “There are certainly a lot of Republicans asking themselves whether the seat they currently hold is one they can defend in 2020.”

Suburbs were once a bulwark for Republicans in battleground states, but they have become more of a liability during the Trump era.

In North Carolina’s 9th congressional district, McCready received 55.9% of the vote in Mecklenburg County, home to the state’s largest city, Charlotte, and much of its suburban area. The outcome marked a sharp reversal from the 2016 congressional when the Democratic candidate got just 41.9% of the vote in the county, a 14-point swing.

The results weren’t enough to take the North Carolina seat. McCready, for example, got less than 40% of the vote in more rural Union County.

The special election’s returns fit a developing pattern of suburban voters chafing against the president’s leadership and casting their lot with the Democrats. His challenge for 2020 can be seen in must-win states such as Michigan and Pennsylvania.

Out in the Philadelphia suburbs of Chester County, Pennsylvania, Democrat Chrissy Houlahan won 59% of the vote last year, up from 45.5% for the Democratic candidate in 2016.

Statewide, in Georgia, a hotly contested governor’s race drew record midterm turnout, with Democrat Stacey Abrams exceeding her party’s 2016 presidential vote by 45,000 votes, even in defeat. Republican Brian Kemp watched rural and small-town turnout swell, and he won an even larger share than the usual GOP vote in those counties. It was enough to preserve a narrow victory, even as a metro Atlanta boost shifted one House seat to Democrats.

David Wasserman, an analyst for the Cook Political Report, said the results from Tuesday show there’s a “five-alarm fire” for Trump in the suburbs. But there’s also a “real constituency” of Trump Democrats in the more rural regions.

The divide between the suburbs and the rural voters is “going to be wider” in 2020, he said.

“We just don’t know who that benefits.”

Associated Press writers Alan Fram in Washington and Bill Barrow in Atlanta contributed to this report.