Killing of Iran general risks US gains against Islamic State

WASHINGTON (AP) — President Donald Trump’s national security team knew that killing Iran’s most powerful general could hurt efforts to mop up and head off any revival of the Islamic State militant group — and that is just what has happened.

Days after Gen. Qassem Soleimani was killed in a U.S. drone strike in Baghdad, the U.S. troops in Iraq to fight the Islamic State were focused on their own defense, guarding American bases and the U.S. Embassy from the expected Iranian response. Iran struck back at the United States early Wednesday, shooting ballistic missiles at two military bases in Iraq housing American troops. The U.S. fight against the militants is now on hold, and a Trump foreign policy achievement is in doubt.

“When we looked at this operation we knew there would be consequences,” said Gen. Mark Milley, chairman of the Joint Chiefs of Staff. “We knew there’d be risk.” But he said the threat of attack on U.S. interests was too great to not act.

The Islamic State evolved in Syria after U.S. troops withdrew from Iraq in 2011; its fighters swept back across the border in 2014, captured wide swaths of western and northern Iraq and imposed brutal rule over a self-declared “caliphate.” 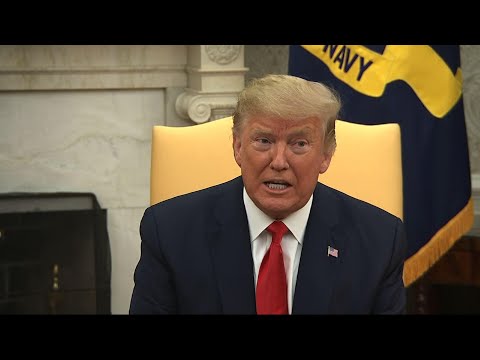 A U.S.-led coalition finally ousted the group from the last of its territory in Syria in March 2019, but thousands of fighters scattered throughout the region and continue to pose a threat.

Defense Secretary Mark Esper agreed on Tuesday that “the suspension of activities in Iraq” against IS was foreseen as a possible outcome of the killing of Soleimani.

Two days after a missile launched from a U.S. drone killed the general in Baghdad on Jan. 3, shortly after he arrived, the U.S.-led military coalition in Iraq announced a pause in its years-long partnership with Iraqi forces against IS remnants. The focus shifted to protecting coalition troops and the U.S. Embassy, in anticipation that Iran would try to avenge Soleimani’s death by attacking.

Iran’s attack with ballistic missiles on Wednesday was its most direct assault on America since the 1979 seizing of the U.S. Embassy in Tehran, and Iranian state TV said it was in revenge for the killing of Soleimani. A U.S. and Iraqi officials said there were no immediate reports of casualties, though buildings were still being searched.

Ketti Davison, a retired Army intelligence officer with experience in Iraq, said there is no doubt that the fight against the militants has been undercut.

“The counter-ISIS campaign was already strained,” said Davison, an intelligence expert at the Institute for the Study of War. The effort in Syria has been hampered since Turkey invaded northern Syria in October, complicating U.S. cooperation with Kurdish fighters and giving the Russian military a wider role in the country.

Just Tuesday, Russian President Vladimir Putin showed up in Damascus for a meeting with President Bashar Assad. Official statements during the previously unannounced visit made no mention Soleimani, but the timing was conspicuous.

The Iraq campaign also has been sidetracked by recent civil unrest that diverted the attention of Iraqi security forces previously focused on IS.

“The counter-ISIS mission is truly at risk, not just in the short term,” Davison said, adding, “It’s hard to see how we can stay on the offensive with our Iraqi partners to defeat ISIS in this kind of circumstance.” To complicate matters further, the U.S. military presence in Iraq forms the logistical support foundation for U.S. efforts in neighboring Syria.

The U.S. has 650-750 troops in eastern Syria working with a local group known as the Syrian Democratic Forces to continue the fight against the Islamic State. It was unclear Tuesday the extent to which the suspension of U.S. and coalition support operations in Iraq will limit operations in Syria. Esper said he has received no indication from commanders of a “material impact” in Syria.

Trump on Tuesday called Soleimani “a monster” who deserved to be killed, adding that Soleimani was planning “a very big attack.” He and others have said U.S. intelligence showed that danger clearly, but they have not provided details.

And in the aftermath, the durability of the defeat of IS in doubt, and the extremist group has new breathing room.

Although the U.S. military during the Obama administration developed and began executing the strategy that eventually eliminated the IS group’s hold on large portions of eastern Syria and northern and western Iraq, Trump has insisted he deserves full credit for the territorial defeat. He has made it a feature of his reelection campaign, but national security experts say the group’s remnants in Syria as well as Iraq are still a threat and could stage a comeback.

That is why the U.S. and its coalition partners have remained in Iraq. Iran’s longtime goal has been to force the U.S. out, giving it a freer hand there.

Rep. Elissa Slotkin, a Michigan Democrat and a former Pentagon and CIA official, said Soleimani was the architect of that Iranian strategy. If the Iraqi government ends up expelling U.S. troops, Soleimani will have achieved his goal, she said.

“If we do indeed get officially asked to leave Iraq, we will need robust diplomacy to outline a plan with the Iraqi government that maximizes pressure on ISIS and allows us time to safely withdraw in a way that doesn’t cost the U.S. in blood and treasure,” Slotkin said Monday.

Germany, Canada and some other U.S. allies have moved some of their troops out of Iraq, citing an increased security risk, but Esper said he is pleased by the commitments of allied governments to remaining in the counter-IS coalition. He took to Twitter to thank Italy for keeping forces in Baghdad, where tensions are running high.

The U.S. had about 5,200 troops in Iraq before the Soleimani killing, mostly to train and advise Iraqi security forces in their campaign against IS fighters who are attempting to reconstitute. The U.S. troop total is now in flux as some trainers are flown out of the country and additional security forces come in. Those movements led to an international incident Monday when a U.S. officer seemed to announce that U.S. forces were withdrawing, prompting Milley and Esper to address reporters at the Pentagon to deny there was any withdrawal plan.

The Iraqi Parliament on Sunday passed a nonbinding resolution calling for the expulsion of all foreign forces. On Tuesday, Iraq’s outgoing prime minister, Adel Abdul-Mahdi, said the United States has no choice but to pull its troops out of the country. Trump, however, told reporters in the Oval Office that he has no intention of withdrawing yet.