TEHRAN, Iran (AP) — When it comes to saving Iran’s nuclear deal, Europe finds itself in the impossible situation of trying to salvage an accord unraveling because of the maximalist U.S. sanctions campaign.

Since President Donald Trump unilaterally withdrew America from the accord over a year ago, a slow fuse has burned through Iran. At first, it appeared Iranian officials thought they might be able to wait out Trump. They spoke about “strategic patience” as the U.S. 2020 presidential election loomed.

That action has seen Iran break the limit put on its stockpile of low-enriched uranium under its 2015 nuclear deal with world powers. President Hassan Rouhani says that starting Sunday, Iran will begin enriching uranium to “any level we think is necessary and we need.”

Those steps combined could see Iran narrow the one-year window it needs to have enough material ready to potentially build a nuclear weapon, something Iran denies it wants to do but the atomic accord prevented. 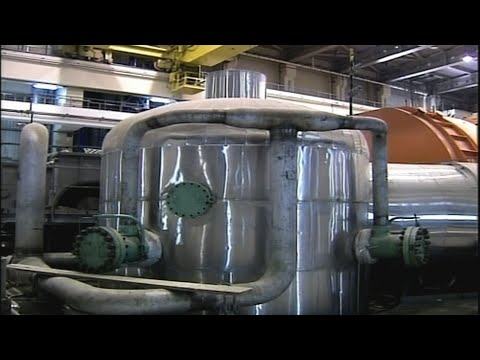 To Iran, the only people who now can prevent further escalation in the crisis are in Europe. Among the parties to the deal are Britain, France and Germany, while the European Union also has aided in the diplomacy.

In public comments, it is Europe that Iran keeps targeting.

The “actions of the Europeans have not been enough so the Islamic Republic will move ahead with its plans as it has previously announced,” Iranian Foreign Minister Mohammad Javad Zarif said Monday.

Maja Kocijancic, a spokeswoman for EU foreign policy chief Federica Mogherini, said Thursday that Europe “called on Iran to reverse these steps and to refrain from further measures that would undermine the nuclear agreement.”

But what, if anything, the Europeans can offer remains in question. They’ve pointed to INSTEX, a trading vehicle that allows European and Iranian firms to send goods abroad and be paid locally to avoid American sanctions. However, questions remain if Iran will set up a matching system itself to facilitate the trade. The EU says from its side that INSTEX “is now operational and its first transactions are being processed.”

For Iran, being able to sell oil through INSTEX remains its most important concern.

“Without (an) oil deal, it’s very clear INSTEX will not work,” Iranian Oil Minister Bijan Namdar Zangeneh told Bloomberg this week. However, Iran may have been able to export some oil to China last week despite sanctions.

The U.S. appears poised to potentially sanction INSTEX if it moves outside the bounds of food and medicine, which America still allows to be sold into Iran. And even if it did, there’s no sign that any major company would be willing to risk U.S. sanctions in the name of European diplomacy, something the Trump administration seems all too happy to point out.

“We have given European companies and other countries and companies around the world a choice — you can either do business with the United States market or you can do business in Iran but you can’t do both. And every European company is going to choose the much larger American market over the Iranian market,” said Brian Hook, the U.S. special representative for Iran, in an interview in Paris last week with The Associated Press.

Trump himself increasingly has criticized Iran over it not adhering to the deal he abandoned.

“Be careful with the threats, Iran,” Trump wrote early Thursday on Twitter. “They can come back to bite you like nobody has been bitten before!”

But Iran can bite as well. Already amid the crisis, Iran shot down U.S. military surveillance drone worth over $100 million that it said illegally entered its territorial airspace. The U.S. denies that, saying an Iranian missile hit the drone over international airspace in the Strait of Hormuz, through which 20% of the world’s oil passes.

Iran repeatedly has threatened to close off the strait if it can’t sell its oil. In the last two months, mysterious attacks struck oil tankers near the strait. Iran denies being involved, while the U.S. accuses Tehran of using limpet mines on the vessels.

While the strait remains open, insurance premiums for oil tankers have risen. While 80% of the oil passing through the strait goes to Asia, Saudi and Iraqi oil does find its way to Europe. Any impact to that flow through the strait likely will see global prices rise, hurting European consumers.

“The military confrontation between Iran, the U.S., and the Arab Gulf states over everything from the (nuclear deal) to Yemen can easily escalate to hybrid warfare that has far more serious forms of attack,” said Anthony H. Cordesman, an analyst at the Washington-based Center for Strategic and International Studies. “Such attacks can impact critical aspects of the flow of energy to key industrial states and exporters that shape the success of the global economy.”

Europe now finds itself directly involved in halting the flow of Iranian crude oil abroad. On Thursday, authorities in Gibraltar stopped an oil tanker believed to be carrying Iranian crude to Syria. While Gibraltar said it made the seizure with British assistance over EU sanctions on Syria, the timing likely will not go unnoticed by officials in Tehran.

Spain’s claim the seizure came at the request of the U.S. undoubtedly will get attention as well.

As Rouhani warned in December: “If someday, the United States decides to block Iran’s oil, no oil will be exported from the Persian Gulf.”

EDITOR’S NOTE — Jon Gambrell, the news director for the Gulf and Iran for The Associated Press, has reported from each of the Gulf Cooperation Council countries, Iran and other locations across the world since joining the AP in 2006. Follow him on Twitter at www.twitter.com/jongambrellAP .