SPOKANE, Wash. (AP) — A homeowner told law officers that two men linked to the killing of five people on an American Indian reservation in Washington state approached his residence and briefly took a child hostage at gunpoint while demanding car keys to make their escape, court documents said.

The child managed to escape, as the men took the vehicle and drove away, according to the documents obtained Monday.

The men were later arrested and face assault charges related to the Saturday killings of five people on the Yakama Indian Reservation.

Two other people have also been taken into custody in connection with the slayings in the town of White Swan.

The FBI, which has jurisdiction on the reservation, has released few details about the motive for the slayings on the impoverished reservation 150 miles (241 kilometers) southeast of Seattle.

Yakima County Sheriff Robert Udell has said some of the victims were known for being involved in illegal drug activities.

The Yakima Herald-Republic reported Tuesday that 61-year-old victim Dennis Overacker was checking on friends when he was shot and killed in front of their home. Three other victims were found inside. 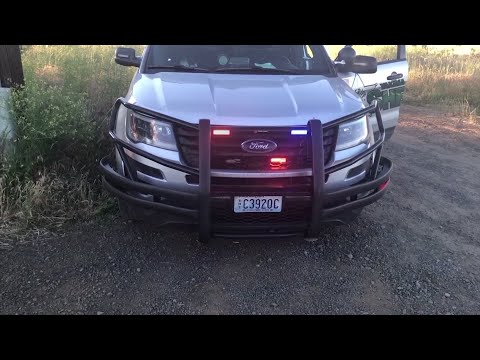 “I was told my brother went out there to check on those people frequently,” Karen Overacker told the newspaper. “I don’t know if they were elderly or had health issues or what.”

The court documents filed in U.S. District Court in Yakima charged James Dean Cloud, 35, and Donovan Quinn Carter Cloud, no age given, with assault with a deadly weapon, for actions related to pointing a gun at a child.

They were identified by witnesses as having shot and killed several people on Saturday, the documents state. However, it was unclear if they would be charged with the killings.

Their lawyers with the Federal Defenders of Eastern Washington did not return a telephone message seeking comment.

The Yakima County Coroner’s Office on Tuesday identified four of the victims, who had all been shot to death, as Overacker; Catherine Eneas, 49; Michelle Starnes 51; and Thomas Hernandez, 36.

The identity of the fifth victim, found at a different location, was not released as officials tried to locate next of kin.

Documents say James Cloud, Donovan Cloud and two other people — a man and woman referred to as witnesses who have not been charged — stole a vehicle from the White Swan home where officials said four bodies were found.

The car broke down less than 10 miles away, and James Cloud and Donovan Cloud left the area on foot, the documents said.

Two injured adults were found with a fifth body in the vehicle, said the Yakima County Sheriff’s Office, which assisted in the investigation.

Meanwhile, James and Donovan Cloud made their way to a residence and briefly took the child hostage while stealing another getaway car, documents said.

James Cloud, who has previous convictions for burglary and vehicle theft, was arrested Monday after a brief altercation with law officers and a police dog, the sheriff’s office said. It was not clear when Donovan Cloud was apprehended.

Court documents said both suspects are members of the Yakama tribe.

White Swan, a community of 800 people, has been a focal point of tribal efforts to reduce crime.