During a rally at Georgia’s state Capitol on Thursday, the New York senator criticized recent abortion bans signed into law in Mississippi, Kentucky, Ohio, Georgia and Alabama as “a nationwide assault on women’s constitutional rights by ideological extremists.”

Anti-abortion activists and lawmakers in several states have been emboldened by the new conservative majority on the U.S. Supreme Court that includes President Donald Trump appointees Neil Gorsuch and Brett Kavanaugh. The activists and lawmakers are pushing abortion bans in an attack on the high court’s 1973 Roe v. Wade ruling, which legalized abortion nationwide until a fetus is developed enough to live outside a woman’s uterus.

Gillibrand also pledged to end the Hyde Amendment, a legislative provision that prohibits the use of federal funds for any health benefits coverage that includes abortion. And she reiterated an earlier pledge to only nominate Supreme Court justices who will support Roe v. Wade. 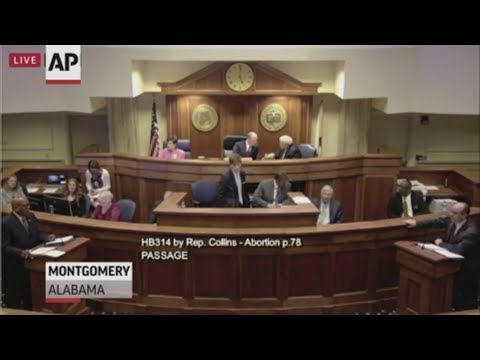 Her comments reflect the outcry from most Democratic presidential contenders after Republican Gov. Kay Ivey of Alabama signed into law the nation’s strictest abortion ban, which makes performing an abortion at any stage of pregnancy a felony punishable by up to life in prison. The only exception is if the woman’s life is in danger.

Georgia’s law would effectively ban abortions at around six weeks of pregnancy — before many women know they are pregnant. It’s set to take effect Jan. 1, but opponents have vowed to sue to block it.

While the White House hopefuls have expressed outrage about GOP efforts to curb abortion rights, several of them — including Gillibrand and Sens. Kamala Harris of California and Cory Booker of New Jersey — missed a Senate confirmation vote on Thursday that installed Wendy Vitter on the federal bench. Democrats have criticized Vitter as being opposed to abortion. Gillibrand’s, Harris’ and Booker’s presence wouldn’t have changed the result of the vote.

Gillibrand is among two dozen Democrats who have declared they’re running for president in 2020. She’s been one of the Senate’s most vocal members on issues of sexual harassment, military sexual assault, equal pay for women and family leave.

She has pledged to, if elected, nominate Supreme Court justices who are committed to upholding the court’s 1973 ruling that afforded a constitutional right to an abortion. Booker made his own vow Wednesday night “to protect the rights afforded by Roe, codify those protections in federal law” and end a 1976 restriction on federal funds being used for abortions except in cases of rape, incest or protecting the life of the mother.

Harris declined Wednesday to promise to nominate judges who have committed to uphold Roe but said while campaigning in New Hampshire that it would be a “significant factor” in the people she’d select.

Asked Thursday if he would only nominate judges who would uphold Roe v. Wade, Mayor Pete Buttigieg of South Bend, Indiana, didn’t answer yes or no but said, “Certainly, a consistent judicial philosophy with mine would lead in that direction.” He said it would be difficult for him to envision nominating judges who don’t share his position that abortion should be legal.

He also said codifying the right to an abortion is an idea “that deserves to be taken seriously,” but he still needs to look at different ways to accomplish it. He noted some people believe such a move would require a constitutional amendment rather than legislation.

“With those rights under assault I think the full range of responses needs to be contemplated,” he said.

Associated Press writers Elana Schor in Washington and Sara Burnett in Chicago contributed to this report.