BOSTON (AP) — A packaged-food entrepreneur from California became the first of the 33 parents charged in the college bribery scandal to agree to plead guilty, disclosing the deal Wednesday as Hollywood actresses Felicity Huffman and Lori Loughlin appeared in court along with some of the other defendants.

Peter Jan Sartorio, 53, was accused of paying $15,000 in cash to have someone correct his daughter’s answers on the ACT college entrance exam. The exact charges to which he planned to plead were not immediately clear.

The two actresses and Loughlin’s fashion designer husband, Mossimo Giannulli, said little during the brief hearing in a packed Boston courtroom and were not asked to enter a plea. They remain free on bail. Several other parents were given similar hearings of a few minutes each.

The proceedings came three weeks after 50 people in all were charged with taking part in a scheme in which parents bribed coaches and helped rig test scores to get their children into some of the nation’s most selective universities, including Yale, Stanford, Georgetown and the University of Southern California.

The case — the biggest college admissions scheme ever prosecuted by the U.S. Justice Department — has roiled the world of higher education and amplified complaints the system is stacked in favor of the rich. 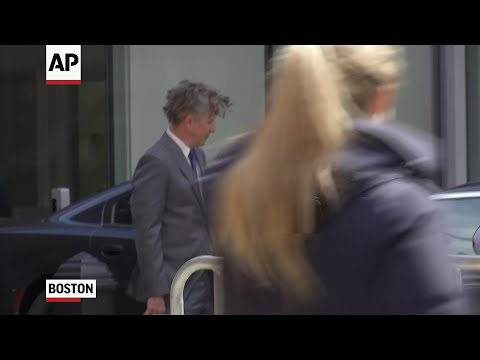 Loughlin, 54, who appeared in the 1980s and ’90s sitcom “Full House,” is accused along with Giannulli of paying $500,000 to get their daughters admitted as recruits to the USC crew team, even though neither is a rower. Authorities said the couple helped create fake athletic profiles for their daughters by having them pose for photos on rowing machines.

The Hallmark Channel, where Loughlin starred in popular holiday movies and the series “When Calls the Heart,” cut ties with her a day after her arrest.

Huffman, the 56-year-old former “Desperate Housewives” star, is charged with paying the admissions consultant at the center of the scheme $15,000 to have a proctor correct the answers on her daughter’s SAT.

Huffman, Loughlin and Giannulli have not publicly addressed the allegations.

They and others are charged with conspiracy and fraud, which carries up to 20 years in prison. But first-time offenders typically get only a fraction of that, and experts said some parents may avoid prison if they quickly agree to plead guilty.

Sartorio, the founder of an organic frozen-food company, did not appear in court Wednesday, and it was not clear when the Menlo Park, California, businessman would plead guilty. His lawyers did not immediately reply to an email for comment.

Other parents charged in the case include the former co-chairman of an international law firm and the former head of a Silicon Valley venture capital firm.

The case set off a furor over the feverish competition to get into college and the lengths to which status-seeking parents will go. Many complained that the playing field has long been uneven, with wealthy students enjoying the advantages of private schools, tutors, test-preparation coaches, admissions consultants and big donations to colleges from their parents.

On Wednesday, Loughlin smiled as she walked out of the courthouse and climbed into a black SUV with her lawyers. A fan shouted, “I love you, Felicity!” as Huffman emerged from the courthouse with her brother.

This story has been corrected to reflect that Sartorio is 53, not 63.