‘Avengers’ director says Evans’ Cap days may not be over

Evans tweeted last month that he had wrapped his shooting on the fourth “Avengers” movie, calling it an “emotional” day and saying, “Playing this role over the last eight years has been an honor.”

Joseph Russo, who along with brother Anthony wrote and directed this year’s “Avengers: Infinity War” and next year’s sequel, and directed Evans as Captain America in two previous films, told The Associated Press “I think it was more emotional for him than us. Only because he’s not done yet. And I don’t want explain what that means but the audience will soon understand what I’m talking about.”

Russo spoke to the AP recently in an interview promoting Simone, his new restaurant in downtown Los Angeles.

As expected, he only teased details of the forthcoming film, saying audiences can expect the unexpected from the duo that left Marvel fans gasping earlier this year in a cliffhanger that saw several beloved Avengers disintegrate into oblivion.

“We killed half the Marvel universe so for us it really is about, in what ways can we surprise the audience and tell a very challenging story,” Russo said. 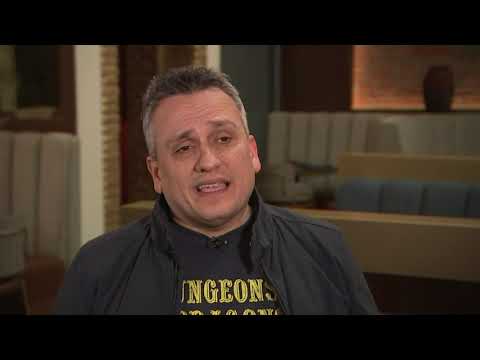 He would confirm that at least at this point the movie, which is in post-production, is the longest Marvel film ever.

“We’re about halfway through the editorial process and it’s standing about three hours right now. It’s a very complicated movie,” noted Russo. “It has a lot of characters in it and you know we are putting in the work, so we’ll see where it ends up, but it definitely has a lot of story in it.”

After back-to-back years with Avengers movies in 2018 and 2019, Russo said there is likely to be a break before the next one, with Disney finalizing a deal to acquire parts of 20th Century Fox, whose properties include the Marvel Comics characters the X-Men and Deadpool.

Russo said he doesn’t have direct knowledge of the plans of the masters of the Marvel Cinematic Universe, but my guess would be that there be a little bit of time to integrate some of the other characters and take their time doing that.”