COLUMBIA, S.C. (AP) — Mark Sanford, the former South Carolina governor and congressman, floated the possibility on Tuesday that he would mount an uphill challenge to President Donald Trump for the Republican presidential nomination.

His motivations were immediately greeted with skepticism from some political observers in South Carolina, who have watched Sanford plot a political comeback before and questioned whether he was merely seeking publicity.

But Sanford, known during his Capitol Hill years as a deficit hawk mindful of federal spending, said he would take the next 30 days to decide if he would run against Trump or possibly start a think tank devoted to fiscal conservatism. He said he was determined to bring the debt and fiscal restraint into the national conversation and he believed there was more than enough talk about Trump’s incendiary rhetoric and his attacks on political and societal norms.

“There’s plenty of discussion on that front,” Sanford said Tuesday on CNN. “The place where there’s no discussion is the way in which interest is the largest growing expense in the federal government. We will spend more on interest than we do on our national defense bill in just three years. Nobody’s talking about it.”

Some questioned whether Sanford would ultimately run for president, as first reported by The Post & Courier of Charleston , and said they believed his consideration for a 2020 bid might be an effort to stay relevant after a defeat in last year’s primary. 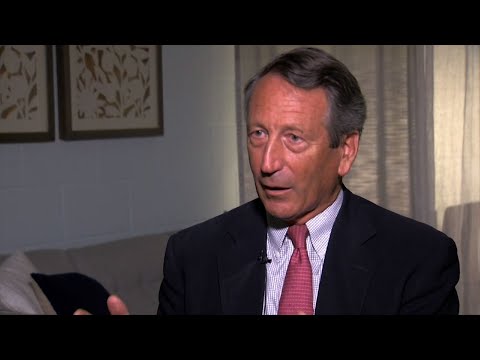 “If this move were the earnest desire of a statesman to answer a call of the people, it would be admirable service,” said Catherine Templeton, former Republican Gov. Nikki Haley’s labor and environmental secretary who backed Sanford as governor and congressman and previously declined to run against him in Congress. “By his own words, however, this is about Mark doing what Mark does. This is Mark being Mark.”

Although unlikely to have had a significant impact on the results, Trump endorsed Sanford’s primary opponent just hours before the polls closed last year. He tweeted that Sanford “has been very unhelpful to me in my campaign” and that “He is better off in Argentina” — a reference to Sanford’s secret 2009 rendezvous to South America for an extramarital affair while his in-the-dark gubernatorial staff told reporters he was hiking the Appalachian Trail.

Cagey about his future plans since the loss, Sanford said Tuesday that he’d been approached repeatedly over the past year about possibly challenging Trump and was prepared for the Republican establishment to “naturally circle the wagons around Trump.”

That circling seemed to begin Tuesday, when South Carolina GOP Chairman Drew McKissick said in a statement: “The last time Mark Sanford had an idea this dumb, it killed his Governorship. This makes about as much sense as that trip up the Appalachian trail.”

A primary bid would have relevance only if states opt to hold primaries, not a given in the party of an incumbent seeking reelection. McKissick has said state party leaders will make that decision this fall.

If Sanford’s ultimate goal is an advocacy group, that’s something he could start now in South Carolina, where former state GOP Chairman Matt Moore said the former governor still has more than $1 million in his election account — money he could transfer to start such an organization.

Otherwise, Moore said, Sanford is setting himself up for a struggle.

“If Mark counts raising fiscal issues as a win, then this campaign might be successful,” Moore said. “But to win a primary against a sitting president is almost impossible.”

Joel Sawyer, Sanford’s longtime gubernatorial spokesman and press secretary, said Tuesday that, while Sanford’s commitment to fiscal restraint is deeply engrained in his persona, it’s matched by his desire for publicity and limelight.

Kinnard can be reached at http://twitter.com/MegKinnardAP