CHICAGO (AP) — The Latest on the killing of a pregnant Chicago woman whose baby was cut from her womb (all times local):

A spokeswoman for the family a 19-year-old who was killed and whose baby was cut from her womb says what they’re going through is “a nightmare, a horror film.”

Julie Contreras is a spokeswoman for relatives of Marlen Ochoa-Lopez, whose body was found in a garbage can this week. She spoke Friday before a court hearing for three people charged in the killing.

Contreras said the family wanted to see justice for Ochoa-Lopez, and for the defendants to be held without bail.

The baby boy is not expected to survive.

Prosecutors say a Chicago woman charged with killing a pregnant 19-year-old and cutting her baby from her womb put the victim’s body in a garbage can hidden on the side of her garage before calling 911 and saying she’d just given birth and the baby wasn’t breathing. 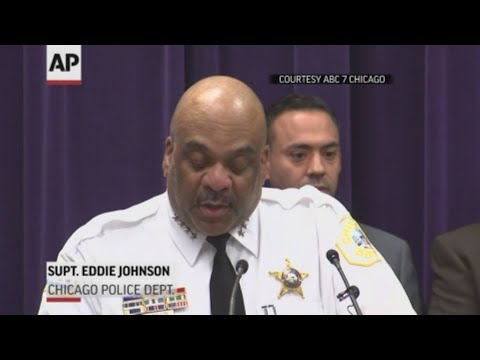 Murphy said Figueroa had blood on her upper body and face, but an examination showed no signs consistent with a woman who had just delivered a baby.

Figueroa and her daughter, 24-year-old Desiree Figueroa, were ordered held without bond on murder charges Friday.

Murphy says after the killing, Desiree Figueroa drove Marlen Ochoa-Lopez’s vehicle to her sister’s house. He says a traffic camera captured her driving the car.

A 46-year-old Chicago woman charged with killing a pregnant 19-year-old and cutting her baby from her womb told her family last October that she was pregnant, and later posted on Facebook an ultrasound and photos of a room decorated for a baby.

Prosecutor James Murphy said Friday that Clarissa Figueroa told her 24-year-old daughter that she was pregnant not long after her adult son died in 2018 of natural causes. He says the daughter, Desiree Figueroa, was surprised because her mother had previously had her fallopian tubes tied to prevent pregnancy.

Murphy says Clarissa Figueroa later told her daughter that she needed her help getting a baby. He says the mother met the victim, Marlen Ochoa-Lopez, through a Facebook page for pregnant women and lured her to her home, where the Figueroas strangled Ochoa-Lopez and cut her baby son from her womb.

A prosecutor says a pregnant Chicago teen who was killed and whose baby was cut from her womb was strangled while being shown a photo album of the late son and brother of her attackers.

The prosecutor told Cook County Judge Susana Ortiz on Friday that 19-year-old Marlen Ochoa-Lopez managed to get her fingers under the cord around her neck and that the woman strangling her, 46-year-old Clarisa Figueroa, then yelled at her daughter, “You’re not doing your f---ing job!”

The prosecutor says the daughter, 24-year-old Desiree Figueroa, then pried Ochoa-Lopez’s fingers from the cord while her mother continued to strangle the teen.

Ortiz denied bond to the Figueroas, who are charged with murder, and to Clarisa Figueroa’s boyfriend, 40-year-old Piotr Bobak, who is charged with concealment of a homicide.