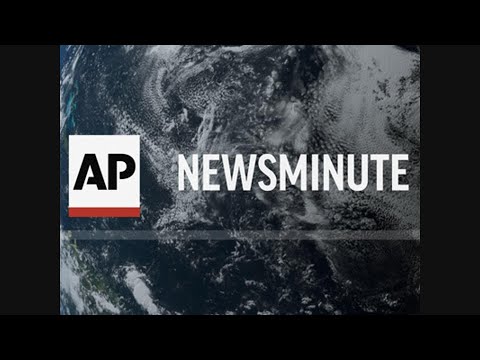 Mohammad Javad Zarif warns that any attack on his country over a drone-and-missile strike on Saudi Arabia’s oil industry will result in “all-out war.”

Canadian Prime Minister Justin Trudeau apologizes and begs the nation for forgiveness following the publication of a yearbook photo showing him in brownface makeup at a 2001 costume party.

It’s a stance shaped by his belief that wars in places like Vietnam, Afghanistan and Iraq have drained America’s resources at home and its reputation abroad.

Visiting the San Diego section of the newly constructed barrier, the U.S. president calls it a “world-class security system” that will be virtually impenetrable.

5. ISRAELIS CONTEND WITH PROSPECT OF 3RD POLL DAYS AFTER VOTE

With neither Prime Minister Benjamin Netanyahu nor his rivals holding a clear path to a coalition government, conditions set by the parties could hobble the task within the allotted time, prompting a political impasse.

6. CHALLENGE TO PARLIAMENT SHUTDOWN WRAPPING UP

Britain’s top court is hearing final arguments in a case that will determine whether Boris Johnson broke the law by suspending Parliament just weeks before the U.K. is due to leave the EU.

7. WHAT WOMEN WANT IN NEW SUDAN

Sudanese women played a pivotal role in ending three decades of autocratic rule and now they hope for more freedom and equality.

8. MANY CANDIDATES ‘FEELING THE BERN’

Bernie Sanders acknowledges that many of his top proposals, dismissed as radical four years ago, have been adopted by much of the 2020 Democratic presidential primary field.

A group of more than 500 major institutional investors warn that failure to combat global warming could have serious economic consequences.

The craze sparked by an internet joke inviting people to “see them aliens” might become a cultural marker — or a monumental dud.