Flash flood warnings were issued after up to 9 inches (23 centimeters) of rain fell in some spots during storms that struck Buffalo, Dawson, Frontier, Gosper, Kearney and Phelps counties, the National Weather Service said.

The Dawson County Sheriff’s Office said several vehicles were stalled in high water on U.S. Highway 30 in Lexington, and Kearney firefighters and a dive team were called out to help people unable to leave their homes. No injuries have been reported.

The flooding delayed Amtrak service as well. Amtrak reports that a westbound train has been stopped in Lincoln and an eastbound train was held at McCook because of flooding between Holdrege and McCook.

The worst of the flash flooding likely has abated, the service said, but flooding is expected along the Platte and other rivers as the storm runoff moves downstream.

Those affected by the flooding were offered shelter by at least two groups. The University of Nebraska at Kearney announced it would open up dorm space as temporary housing, including for those in nearby hotels who were evacuated. The American Red Cross also opened a shelter inside Lexington High School. 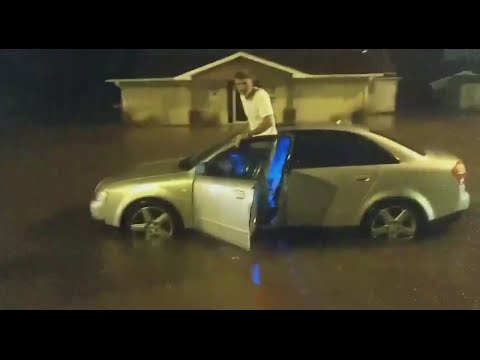