Authorities are looking into a woman’s claims that R&B singer R. Kelly had sex with her in 2001 in Detroit when she was 13 years old.

Detroit police Chief James Craig said Wednesday that his department received information about the alleged assault from police in Chicago last month. He says the woman, who is now 30, no longer lives in Michigan and that his department is trying to speak with her and her attorney.

Kelly is charged in Chicago with aggravated sexual abuse pertaining to four women years ago, including three who were underage at the time. The singer has denied wrongdoing and pleaded not guilty.

Kelly’s defense attorney, Steve Greenberg, has said the singer never knowingly had sex with anyone who was underage. He wasn’t immediately available Thursday to comment about the Detroit allegations.

A judge sent Kelly to jail Wednesday after he said he couldn’t afford to pay $161,000 in back child support.

Embattled R&B singer R. Kelly says he went to his bank for the first time by himself only about three weeks ago and discovered he had $350,000 left. 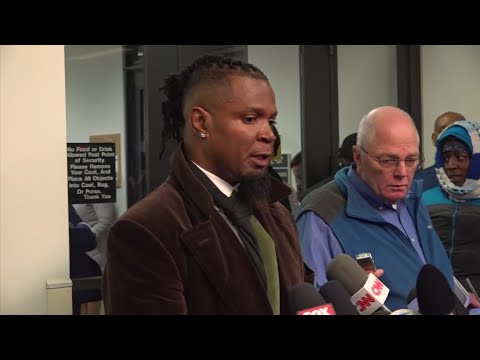 Kelly is one of the best-selling music artists of all time. He told “CBS This Morning” in an interview that aired Thursday that other people stole from his accounts and he was “tired of not knowing where my money was.”

He later acknowledged: “A lot of it’s on me.”

A judge sent Kelly to jail Wednesday after he said he couldn’t afford to pay $161,000 in back child support. He spent a weekend in jail before bond was posted for him last month when he was charged with sexually abusing three girls and a woman in Chicago.

Kelly says he told a bank teller to start a new account. He says he was indicted the next day but couldn’t’ access his money because the account needed a few days to clear.

R&B star R. Kelly blames his ex-wife for “destroying” his name and says others have stolen from his bank account.

“CBS This Morning” aired the second installment of its interview with the embattled singer Thursday. Kelly is facing sexual abuse charges in Chicago and a judge sent Kelly to jail on Wednesday after he said he couldn’t afford to pay $161,000 in back child support.

In the TV interview, Kelly asks: “How can I pay child support if my ex-wife is destroying my name and I can’t work?” Kelly shouted and cried about his financial situation and his relationship with his three children.

He says his wife was lying when she alleged he had abused her. Kelly says he has “zero” relationship with his children, but says he knows they love him

Kelly also says other people have rifled his bank account.

R. Kelly remains in a Chicago jail as more of his nationally televised interview is set to air.

The R&B singer was taken into custody Wednesday after telling a judge he could not pay $161,000 in back child support. Earlier in the day, “CBS This Morning” aired an interview in which Kelly pleaded with viewers to believe that he’d never had sex with anyone under 17 and never held anyone against her will.

More of the interview is expected to air Thursday.

The interview was his first public defense since being charged with sexually abusing three girls and a woman.

Experts say the TV appearance was risky and could backfire if it gives prosecutors more information to use against him at trial.