IOWA CITY, Iowa (AP) — The video is brief but disturbing: An officer is seen striking an unarmed suspect with his handgun as the man falls into the grass. An autopsy would later show he died from a gunshot to the back of the head.

After the death last July of 26-year-old Daniel Fuller in Devils Lake, North Dakota, investigators described the video to his grieving relatives. But for days, weeks and then months, they refused to release it to the family or the public. They did so only after a prosecutor announced in November that the officer did not intend to fire his gun and would not face criminal charges.

“It took forever for them to release the video because they kept saying it was an ongoing investigation,” said Fuller’s older sister, Allyson Bartlett. “I don’t think they wanted pressure from the community.”

Her experience is typical. An investigation by The Associated Press has found that police departments routinely withhold video taken by body-worn and dashboard-mounted cameras that show officer-involved shootings and other uses of force. They often do so by citing a broad exemption to state open records laws — claiming that releasing the video would undermine an ongoing investigation. 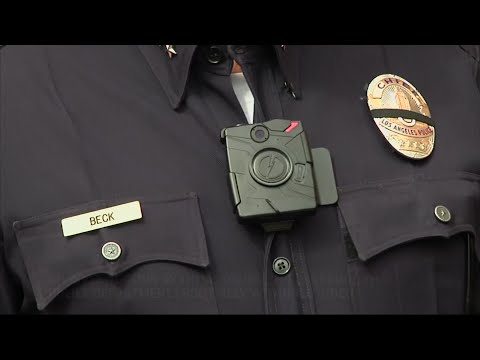 During the last five years, taxpayers have spent hundreds of millions of dollars to outfit officers’ uniforms and vehicles with cameras and to store the footage they record as evidence. Body cameras, in particular, have been touted as a way to increase police transparency by allowing for a neutral view of whether an officer’s actions were justified. In reality, the videos can be withheld for months, years or even indefinitely, the AP review found.

To be sure, some departments voluntarily release videos of high-profile incidents, sometimes within days or weeks. They also are forced to share them during civil rights lawsuits or air them when suspects face trial. Many also routinely release videos that show officers in a positive light, such as when they rescue people from accidents, fires and other dangers. But how requests are handled when they are requested by citizens, reporters and government watchdogs varies widely.

They were met with a series of denials and failed to unearth video of a single incident that had not already been released publicly. Some videos could be released in coming months or years once criminal and disciplinary investigations are concluded. By then, the public interest in knowing what happened may have waned significantly.

In rejecting or delaying the requests, most law enforcement agencies and prosecutors cited exemptions that allow them to keep records of pending investigations secret. One county claimed the exemption would allow it to keep the video of a motorist’s fatal shooting secret forever — even though the investigation has concluded and cleared the deputy involved.

Critics say the exemption is often misapplied to keep from public view video that might shine an unfavorable light on the actions of officers. The exemption is intended to protect sensitive details about investigations that might tip off suspects that they are under scrutiny or alert them to what evidence police have obtained. But when officers shoot or otherwise use force on suspects, they know their actions are the focus of the investigation and often have access to the videos of the incidents.

“It is for that reason that the investigative records exemption literally makes no sense and should have no place when it comes to police body camera footage. It is a square peg in a round hole,” said Chad Marlow, an expert on laws governing body cameras at the American Civil Liberties Union. “We didn’t know that would end up being the get-out-of-FOIA free card for police departments, but it has certainly turned into that.”

Authorities say they have good reason for withholding video during investigations, such as preventing the memories of witnesses from being tainted or sparking protests with an out-of-context snippet of a deadly encounter. But the problem, said former federal prosecutor Val Van Brocklin, is that “there is no national standard of when and how this stuff gets released.”

“It’s such a mish-mash, and that creates a problem with expectations,” she said.

In West Virginia, a prosecutor withheld a video that led to the firing of two state troopers for allegedly beating a 16-year-old suspect. In Georgia, a county sheriff’s office refused to release video of a 22-year-old man who allegedly shot himself to death while struggling with police, an explanation that has been questioned and sparked protests.

In Atlanta, where officers were recently criticized in an audit for failing to use their body cameras as intended, the department would not release video of an officer-involved shooting that happened last summer, saying the officer could potentially still face disciplinary action.

“I see it all over the nation that police departments use this catch-all of ‘ongoing investigation’ to basically throw up a stone wall in front of those that might like to find out the truth,” said attorney Jonny Hibbert, who is representing the family of an 18-year-old Atlanta man who was shot and killed by an off-duty officer after allegedly stealing his car. His request for any video of that incident was recently denied.

The department in Sugar Land, Texas, which recently released dramatic video of officers rescuing a woman from a lake, refused to divulge footage of a 2016 struggle in which a man alleges he was beaten and severely injured by officers. In Seagoville, Texas, the department would not release video showing an officer using a stun gun to subdue a teenager brandishing a toy gun, even though it had publicized the incident as a textbook example of officers showing restraint. The department denied access because AP didn’t know the name of the teen involved in the Oct. 4 incident. It said that piece of information must be provided to request police videos under Texas law.

In North Liberty, Iowa, a city lawyer responded to a request for video of a traffic stop by calling it a confidential investigative record — then demanded the AP not publish footage of the incident it had already obtained.

The city had fired a patrol supervisor for mishandling the stop, claiming he violated the rights of suspects in a road rage incident, failed to draw his weapon and made other procedural errors. The supervisor has filed a lawsuit contesting his firing, and his attorney provided the AP with footage that he says shows his client acted appropriately. The city released a redacted version of the video only after AP declined the city’s request.

In the aftermath of the 2014 shooting of Michael Brown in Ferguson, Missouri, and similar deaths of unarmed black men, police departments around the country faced public pressure to begin using body cameras. Rather than resist, said Marlow, the ACLU expert, they embraced cameras — but often only released videos that showed police in a positive light.

“The decisions about whether footage is being released or not is being dominated by the group that is supposed to be watched,” he said. “When that happens, police body cameras go from being a tool for transparency and accountability into a propaganda tool.”

It’s not that way everywhere.

California’s state capital, Sacramento, has been roiled by protests over police shootings of unarmed black men — most recently, after the district attorney and state attorney general declined to bring charges against two officers in the fatal shooting of Stephon Clark, who was found to be holding a cellphone after he was killed. Police video of that shooting helped fuel the protests.

The department is among the most transparent in releasing officer videos; city policy that predates the Clark shooting requires the police department to release footage within 30 days of a major incident or justify why it won’t. In some cases, the department has released footage within days.

“We hope to say that we’re leading the way in releasing it and being transparent,” said a department spokesman, Marcus Basquez. “That’s a big priority for us, to build that trust with our community, and we feel releasing body-worn camera footage is one way.”

A state law taking effect in July requires all state and local law enforcement agencies in California to make audio and video recordings of critical incidents publicly available after 45 days, unless it would hinder an investigation. If it withheld recordings longer than a year, a department would have to show “clear and convincing evidence” of that assertion.

Police videos are considered public records in nearly every state, but vague laws and exemptions often give police chiefs and prosecutors wide discretion to determine when to release them.

A few states have limited the release of footage by exempting police videos from open records laws or requiring court orders to obtain their release. Others have carved out privacy exemptions for videos that show private homes, hospitals or juveniles.

The New York City Police Department, the nation’s largest, stopped releasing body camera videos entirely last year after a police union successfully argued in court that they were confidential personnel records. But the department vowed last month to continue releasing video of officer-involved shootings after an appeals court ruled that the union’s argument “would defeat the purpose of the body-worn-camera program.”

Adam Marshall, a lawyer for the Reporters Committee for Freedom of the Press, in 2015 called police body camera videos the “Wild West of open records requests” because of the uncertainty surrounding how they would be handled. Today, he says a growing number of court cases and state laws have made for more certainty — that many requests will be denied or delayed.

“It’s disappointing,” he said. “Unfortunately, it does not reflect the type of transparency and openness that the public hoped would result from body cameras.”