‘Everyone was her sister’: Woman killed at synagogue honored

POWAY, Calif. (AP) — Lori Kaye is believed to have shielded her synagogue’s rabbi from a gunman’s bullets in a heroic move that epitomizes the life she led, her family and friends said Monday as they remembered a woman dedicated to spreading kindness and helping others no matter what.

Kaye’s daughter, Hannah, said at her memorial service that she knows her mother would have forgiven the man who took her life Saturday when he opened fire during Passover service at the Chabad of Poway, in this suburban city north of San Diego.

The memorial service for Kaye, 60, drew hundreds, including the three people wounded in the attack, federal and state lawmakers, a U.S. State Department envoy on anti-Semitism and a representative of the Israeli government, along with local city and police leaders.

Hannah, 22, said her mother would have relished seeing such a large crowd. She loved people, opening her home on Jewish holidays and making grand feasts.

Kaye was known to drive hours to visit a sick friend. She bought six months’ worth of medication for someone without insurance. She left her freshly baked challah in mail boxes and on doorsteps all over town and would buy extra bagels and coffee during her morning routine to be able to give them away, her family and friends said. 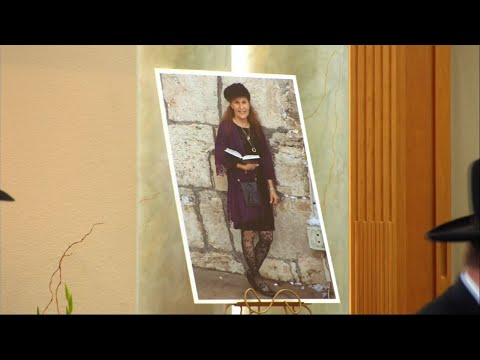 Her mission was to help others enjoy life, just as she did. She gave to numerous charities.

That’s why Kaye’s daughter Hannah said she knows in her heart that her mother has forgiven the 19-year-old man accused of killing her. She would have responded with love.

“Her light has reached all crevices of this planet,” Hannah Kaye said.

Hannah Kaye said she would miss singing in the car with her mother and dancing in the kitchen. She told her before she died that she was her best friend.

The synagogue’s rabbi, Yisroel Goldstein, lost one of his fingers in the shooting and comforted worshippers with his hand wrapped in blue bandages. Noya Dahan, 8, and her uncle Almog Peretz both suffered leg wounds in the attack but were released from the hospital and honored Kaye on Monday.

The U.S. State Department’s new envoy on anti-Semitism told the congregation that her death will not be in vain. He said the Trump administration is committed to fighting evil wherever it lurks.

“I’m here to say we are at war with these people,” Elan Carr said, vowing to fight anti-Semitism in “every city in the United States.”

Kaye devoted her life to her Jewish faith and living its values of generosity and caring for others, her friends and family said. She kept a pole in their front yard with the words “May peace prevail on Earth” in several different languages, including Hebrew and Spanish.

“She had a soul that was greater than any of us ever could believe,” said her husband, Dr. Howard Kaye.

Dr. Kaye performed CPR on his wife after she was shot. He said she did not suffer.

“She went straight up,” he said.