The governor, whose administration earlier this week said new cases had recently plateaued, noted that they still remain higher than nearly two months ago and that many students will return to in-person instruction over the next month.

The seven-day statewide average is up six-fold since June 10, to about 700 cases per day, according to an Associated Press analysis of data from Johns Hopkins University. The rate of tests coming back positive also has trended higher since early June.

“I will continue to use every tool at my disposal to protect Michiganders from the spread of this virus,” Whitmer said in a statement.

The Democratic governor has used the emergency — first declared in March — to issue orders to close certain businesses, limit gathering sizes, and require masks in enclosed public spaces and crowded outdoor places. The Republican-led Legislature challenged Whitmer’s ability to unilaterally lengthen the emergency but lost in the state Court of Claims. The Michigan Court of Appeals heard arguments on Tuesday. Separately, a federal judge asked the state Supreme Court to consider whether the governor has the authority to issue or renew her orders and whether laws giving her emergency powers are constitutional. The high court will hear arguments in September. 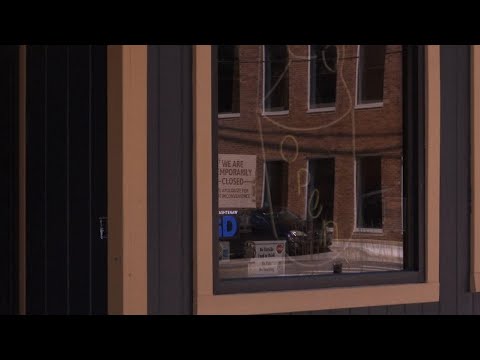 Whitmer on Friday also reissued an order prohibiting employers from discharging, disciplining or retaliating against employees who stay home when they or their close contacts are sick. The latest measure reflects updated federal guidance on on how long to self-quarantine and an updated definition of the disease’s primary symptoms.

Workers who test positive or display at least one principal symptom of COVID-19 should stay at home until 24 hours have passed since their fever resolves without the use of medication — down from three days — and until 10 days since their symptoms first appeared or they were tested, up from seven days. The definition of a principal symptom now also includes diarrhea, vomiting, abdominal pain, the new onset of a severe headache and the new loss of taste or smell.

The governor said people will feel more pressure to work now that the federal government’s extra $600 a week in unemployment benefits has lapsed.

Meanwhile, unemployed workers women decried the expiration of the supplemental payment. Talks on extending it are on the brink of collapse in Washington, D.C.

“The 600, in addition to the (state) unemployment payments, pretty much put me right where I needed to be to cover my current financial obligations,” Lindsey Katerberg told the Associated Press on Friday from her home in Grandville, outside Grand Rapids.

Katerberg is a 38-year-old single mother of a high school senior and she lost her job as a stagehand in March.

A jobs report released Friday showed that 16.3 million people were unemployed in July — nearly triple the 5.9 million who were out of work before the pandemic. The loss of the $600 check has shrunk weekly jobless aid payments by one-half to three-quarters, causing hardship for many.

“It’s compensation. It is not a bonus, Katerberg said. ”It is compensating us for putting us in a position where we cannot work and it’s no fault of our own.”

Though the national unemployment rate fell last month from 11.1% to 10.2%, that level still exceeds the highest rate during the 2008-2009 Great Recession.

“I know that a lot of people are really, really struggling right now. I became an adult, I guess, I turned 18 during the (Great) Recession, so I guess it didn’t really click what was happening,” Kyleigh Wegener said. “And now that I’m going through this, it’s like, ‘Wow, I can totally see how people lost their homes,’ because, like I said, we’re barely getting by now to pay rent.”

Wegener, 30, is between jobs and has started taking on food delivery assignments to help make ends meet. She lives in Kalamazoo with her husband, who is a high school teacher, and their two young children.

“I understand that Unemployment is doing their best with, I mean, these are like record numbers that we have,” she said. “But people can’t go without pay for 10 weeks. So, it’s getting frustrating. But I am trying to be understanding that people are doing the best they can.”