NEW YORK (AP) — Kelly Rowland says her new single “Coffee” and its accompanying music video is her “ode to the beauty of black women.”

Rowland debuted the breezy R&B track and video featuring black women across a spectrum of shades and colors two weeks ago.

“I just wanted it to be an expression of black beauty and the different variations and tones and body shapes,” said Rowland, who shot the video in Miami late last year. “I was really inspired by black women.”

The Grammy-winning singer said she first started working on “Coffee” in 2017 but held on the track, which was co-written by Syd of the alternative R&B band The Internet.

“I was very particular after I had my son about what I was saying and how good it was because I wanted to make him proud,” said Rowland, who gave birth in 2014. “I was extremely hard on myself.”

In an interview with The Associated Press, 39-year-old Rowland talks about coffee — the song and the drink — as well as signing with Jay-Z’s Roc Nation company for management and life in quarantine.

AP: There’s been a really warm response to “Coffee” and its video. How does that make you feel?

ROWLAND: The morning that it came out, I had this really big weight on my chest. I literally got to my closet and I cried because I was like, “This is what I remember the anxiety and everything feeling like,” but this one felt a little different. It’s because I’ve been in business for 20-plus years and it was like an overwhelming sense of gratitude. When I started seeing, whether it’s my fans or new people, or I’m seeing dancers put movement to the song, that’s really something to take in and celebrate and be grateful for. It could be completely different. I feel this overwhelming sense of gratitude that literally gives me a ball in my throat. You just don’t take anything for granted. You really don’t. 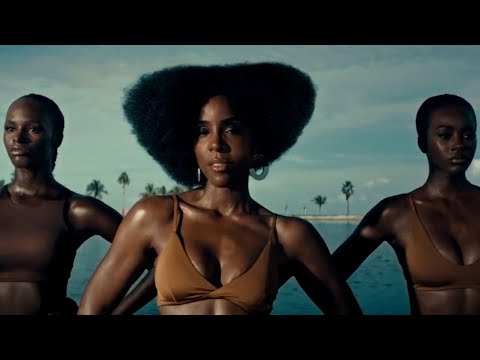 AP: Are you a big coffee drinker?

ROWLAND: I’m a coffee ice-cream girl. Whenever there’s affogato close, it has my name on it. I like it when it’s iced. I like iced coffee and I drink it with whiskey.

AP: How’s the album coming along?

ROWLAND: I’m very excited about this album. I’m excited for the fact that the years that it took me to find tempo. ...The whole album’s not up-tempo, but I’m excited to share my tempo. I feel like I always had mids and slower records but yeah, I’m ready to dance. Especially when we come out of all this, we need to dance.

AP: Have you finished the album?

ROWLAND: Yes, for now. There have been really cool calls. At the same time, it’s such a different space and time in music now. I think in my head it’s just navigating it all. I’m definitely independent. It’s something about it that I’m really, really loving and there’s something about it where you’re just like, “Oh I need a little bit more of some budget money to execute some of this.” I always say that dog’on Destiny’s Child set me up because we had visuals. People are like, “You gon’ release a song with no visuals?” Now that I released ‘Coffee’ people are like, “OK, what are we going to get next? What visual are we going to get next?” So I do feel that pressure, but I just want to take it a little easier on myself.

AP: Is this album through Roc Nation?

AP: How did that come about?

AP: What have you been doing with your time at home?

ROWLAND: I wish that I would have learned how to work ProTools. I think now, it makes you definitely want to learn. You watch artists like, I heard Ariana Grande does it. I heard Trey Songz does it. So many different artists are like, “Yeah I’m going to do that over,” and they’re operating their own sessions. I’m like, “Why didn’t I learn how to do that?” That’s probably my next goal is to learn how to record myself because I could have gotten so many things done. I’ve been sent songs since being quarantined and I’m literally waiting for my engineer to come out of his quarantine.

AP: Did you have a goal date for getting the album out?

ROWLAND: No. The thing is, before quarantine, we were at the close of the record. That’s when you’re like turning records in, talking to writers and producers, starting that whole process of the ending process. It’s not that it’s slowed down but definitely made things a little more challenging to navigate. We got this. We got this, but definitely, definitely this year. I’m not waiting anymore. I’m not wasting anymore time. I’m doing it this year.