SACRAMENTO, Calif. (AP) — The Latest on a deadly attack on a Southern California synagogue (all times local):

A packed congregation is remembering the woman who was shot to death in a Southern California synagogue this past weekend.

The U.S. State Department’s new envoy on anti-Semitism told the crowd that the Trump administration is committed to fighting the evil wherever it lurks.

Elan Carr says “we are at war with these people” as he vowed to fight anti-Semitism in across the U.S.

A gunman killed Kaye and wounded the rabbi and two others at the Chabad of Poway near San Diego on Saturday, the last day of a major Jewish holiday. Authorities say the shooter surrendered soon afterward.

California lawmakers adopted a resolution in honor of Holocaust Memorial Day and took a moment during Monday’s ceremony to speak about this weekend’s attack on a synagogue near San Diego.

Assemblyman Jesse Gabriel, vice chairman of the California Legislative Jewish Caucus, said the state’s Jewish community is alarmed by the “infusion of anti-Semitism into our political discourse.” 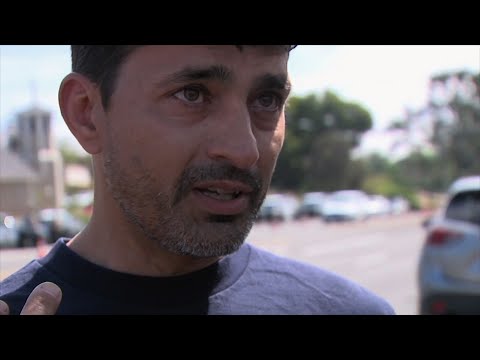 He emphasized that the Holocaust “didn’t happen overnight” and that people should be aware of smaller deeds such as hateful rhetoric.

A 19-year-old man has been charged with murder in Saturday’s attack on Chabad of Poway. Authorities have described it as a hate crime.

Monday’s ceremony had been planned before the attack. Lawmakers honored 10 survivors of the Holocaust, including some who were in attendance and stood when their name was called.

A 19-year-old man has been charged with murder and three counts of attempted murder in the weekend attack on a Southern California synagogue.

The murder and attempted murder charges stemming from Saturday’s shooting at Chabad of Poway carry special-circumstance allegations of a hate crime.

The District Attorney’s Office says in a statement that Earnest will be arraigned Tuesday afternoon.

A congregant was slain and a rabbi, another man and a girl were wounded in the attack.

The mosque fire occurred on or about March 23 in the city of Escondido.

The family of the suspect in the California synagogue shooting says they’re “shocked and deeply” saddened by the deadly attack.

In a statement released through a San Diego law firm, the family of John T. Earnest says he and his five siblings was raised in “a family, a faith, and a community that all rejected hate.”

The attack Saturday at Chabad of Poway killed one woman and wounded three others, including the synagogue’s rabbi.

The family says it is a “terrifying mystery” what attracted their son to “such darkness.”

The FBI says it got tips about a threatening social media post about five minutes before a deadly attack on a synagogue near San Diego but it was too late to identify the suspect.

In a statement to The Associated Press, the FBI said Monday that it got word about the anonymous post through its tip website and phone line just before Saturday’s attack on the Chabad of Poway.

The FBI says the tips included a link to the post but didn’t offer specific information about its author or the location threatened.

The bureau says its employees immediately took action to identify who wrote the post but the shooting took place before they finished.

The attack killed one member of the congregation and wounded the rabbi and two others. A 19-year-old man surrendered to police a short time later.

Eight-year-old Noya Dahan had finished praying and gone to play with other children at her Southern California synagogue when gunshots rang out. Her uncle grabbed her and the other children, leading them outside to safety as her leg bled from a shrapnel wound.

Noya recalled how the group of children cried out of fear after a gunman entered Chabad of Poway on Saturday morning and started shooting.

The onslaught on the last day of Passover, a Jewish holiday celebrating freedom, wounded Dahan, her uncle and the congregation’s rabbi. The attack killed beloved congregant Lori Kaye, 60.

Authorities said the 19-year-old gunman opened fire as about 100 people were worshipping exactly six months after a mass shooting in a Pittsburgh synagogue.