Stocks on Wall Street fell sharply Friday as confirmed new coronavirus infections in the U.S. hit an all-time high, prompting Texas and Florida to reverse course on the reopening of businesses.

The combination injected new jitters into a market that’s been mostly riding high since April on hopes that the economy will recover from a deep recession as businesses open doors and Americans begin to feel more confident that they can leave their homes again.

The S&P 500 dropped 2.4%, giving up all of its gains after a rally the day before. The sell-off capped a choppy week of trading that erased the benchmark index’s gains for the month. Even so, the S&P 500 is still on pace for its best quarter since 1998.

The surge in the number of confirmed new coronavirus cases prompted Texas and Florida to reverse course and clamp down on bars again. The two states join a small but growing list of those that are either backtracking or putting any further reopenings of their economies on hold because of a resurgence of the virus.

“That certainly calls into question how vigorous this recovery will be,” said Bill Northey, senior investment director at U.S. Bank Wealth Management. “We have to acknowledge there’s a high degree of uncertainty about how this is going to progress for the balance of the year.” 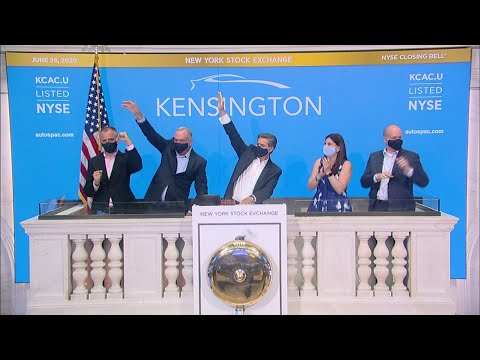 Markets have been mostly rallying since April on hopes that U.S. states and regions around the world could continue to lift the spring lockdowns put in place to slow the spread of the coronavirus. The increase in cases casts doubt on expectations that the economy will continue to reopen and things can get back to normal sooner, rather than later.

The number of confirmed new coronavirus cases per day in the U.S. has hit an all-time high of 40,000, eclipsing the mark set during the deadliest stretch in late April. Deaths and hospitalizations have been rising in parts of the country, especially in the South and West.

The resurgence in the virus and the action by some governors to backtrack or at least pause the reopenings of their states undercut Wall Street’s optimism for a relatively swift economic turnaround.

“That has real implications for the pace where we can return to economic normalcy,” Northey said, adding that while some states are rolling back their reopening, it’s unlikely there will be a broad, nationwide lockdown.

The stock market is likely to remain volatile as traders weigh the ups and downs in the trajectory of the pandemic.

“In large part, we’re going to see some of these fits and starts,” said Charlie Ripley, senior investment strategist for Allianz Investment Management. “It’s going to weigh on sentiment to some extent, but overall we think the economy is on the mend and the recovery is on its the way.”

Facebook slumped 8.3% as an advertising boycott aimed at pressuring the social networking giant into doing more to prevent racist and violent information from being shared on its service intensifies. Verizon announced it had joined the boycott Thursday, and on Friday European consumer-products maker Unilever, which makes Ben & Jerry’s ice cream and Dove soap also said it would stop advertising on Facebook.

Financial companies were among the biggest decliners after the Federal Reserve ordered many of the nation’s biggest banks to suspend buybacks of their stock and cap dividend payments for several months.

Capital One Financial fell 8.8%, Goldman Sachs dropped 8.6% and JPMorgan lost 5.5%. The announcement came as part of the Fed’s annual “stress tests,” which showed that in a worst-case scenario involving the U.S. economy being ravaged by the pandemic, the banks would collectively lose roughly $700 billion.

Traders also dumped shares in Nike after the athletic apparel maker reported a big loss as most of its stores were forced to close. The stock slid 7.6%.

Bond yields were mixed. The yield on the 10-year Treasury note dropped to 0.65% from 0.67%, another sign of caution in the market. The yield tends to move with investors’ expectations for the economy and inflation.