What they most certainly are not about, according to the author, is a certain five-letter word.

Many of Albom’s works do touch on the afterlife, however, including his latest, “The Next Person You Meet in Heaven,” which comes out on Tuesday and marks the novelist’s first sequel. The new book revisits the stories of Eddie the amusement park maintenance man and Annie, the young girl whose life he saves while losing his own. Eddie and Annie appeared in 2003′s “The Five People You Meet in Heaven.”

“I think all my books at some point you can kind of draw a line somewhere with a slide rule to ‘Tuesdays with Morrie,’” Albom said. “You know, there’s some lesson that happened, and that’s OK. That was a seminal moment in my life.” 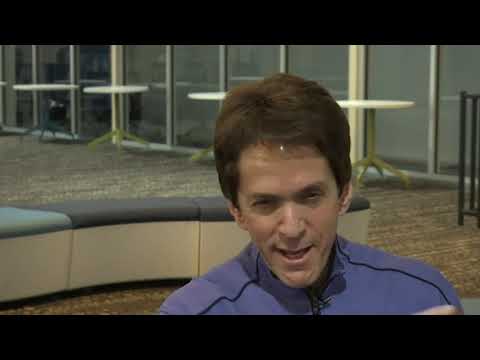 Another was his relationship with Chika, a Haitian girl with a terminal brain tumor whom Albom met through the orphanage in Port-au-Prince that he set up following the earthquake in 2010. Albom brought Chika to live with him and his wife in Michigan, and, although she was given five months to live, the girl Albom described as a “fighter” lasted nearly two years before succumbing to her illness.

“The Next Person You Meet in Heaven” is dedicated to Chika, and Albom acknowledges that a passage in which Annie suffers a tragedy involving a small child represents “a little bit of projection, I guess, on my part.”

″(Chika) permeated the air around that book,” Albom said during an interview at the S.A.Y. Detroit Play Center, a facility where young people can come and learn, eat and/or play music and sports after school. It’s one of Albom’s many charitable endeavors in his hometown and beyond, and it’s also one of the ways he spends his time when not writing best-selling novels and columns for the Detroit Free Press. Albom also hosts a local radio show and a national sports podcast.

Next up is a return to non-fiction with a look at “Chika and Haiti and the kids and how you create a family in your 50s,” said Albom, who is writing the book now and expects it to come out next year. “It’s very cathartic for me to be writing that now.”

Now 60, Albom says he may need to pare down his lengthy list of activities if he wants to complete the books that are “noodling around” in his mind. The two activities he’ll never remove, Albom says, are the “book-writing and my kids in Haiti. There’s 47 kids there, and my goal is to live long enough to see them all college-educated,” he said.

Albom won’t get to see Chika with a diploma in hand, but readers can learn more about her — or at least the inspiration she provided — in the pages of a book written by the man who helped extend her life.