PICKEREL, Wis. (AP) — The Latest on a house fire in a small northern Wisconsin town that killed six people, including four children. (all times local):

The Langlade County Sheriff’s Office released the identity of the victim Wednesday, a day after a fire engulfed a house in Pickerel, about 200 miles (321 kilometers) northwest of Milwaukee.

Investigators don’t suspect anything suspicious about the fire. It’s unknown what started it.

State and local investigators are trying to determine the cause of a house fire that killed six people, including four children, in a small northern Wisconsin town.

Authorities say the fire early Tuesday in a multifamily home in the unincorporated community of Pickerel killed a 34-year-old woman, a 32-year-old man, a 10-month-old girl, a 1½-year-old girl, a 3-year-old boy and a 7-year-old boy. Langlade County Coroner Larry Shadick says two other people escaped. 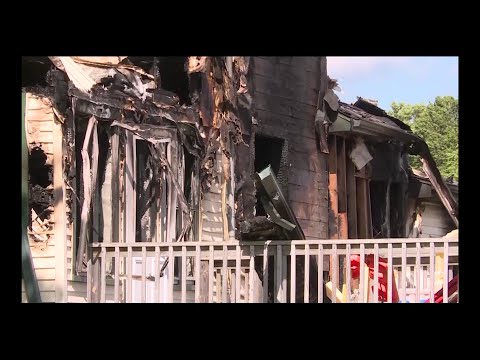 Fire officials say the blaze is believed to have started on the lower level and spread upward. Town of Langlade Assistant Fire Chief Don Wineland says the home was engulfed in flames when firefighters arrived about 6:30 a.m. and they weren’t able to enter the house.

Pickerel is about 200 miles (321 kilometers) northwest of Milwaukee.

This story corrects the coroner’s last name to Shadick, not Shadlick.