Baltimore limps along as mayor’s scandal keeps on unfolding

BALTIMORE (AP) — When Catherine Pugh was inaugurated as mayor, she vowed to help transform Baltimore into “the greatest city in America.” Halfway through her first term, she has thrust her chronically struggling city back into the spotlight, for all the wrong reasons.

Demands for Pugh’s resignation dramatically intensified as FBI and IRS agents carried off boxloads of documents in raids of her City Hall offices, her homes and other locations on Thursday. A federal grand jury has been empaneled, and while the scope of the tax agency’s criminal investigation isn’t clear, it follows state and local probes of murky arrangements that earned the Democrat roughly $800,000 over the years in exchange for self-published children’s paperbacks about health and nutrition.

Accusations that the mayor might have received kickbacks in exchange for government favors hasn’t helped restore public trust in Maryland’s biggest city, where Pugh promised transformational change in the wake of massive riots and protests over police abuses.

But whether Baltimore is having trouble functioning amid this latest mess depends on who you talk to.

Acting Mayor Bernard “Jack” Young, a veteran councilman who took over day-to-day responsibilities when Pugh’s indefinite absence began on April 2, likens himself to a skipper with a steady hand in a storm. But others say the unfolding scandal is clearly interfering with city business. 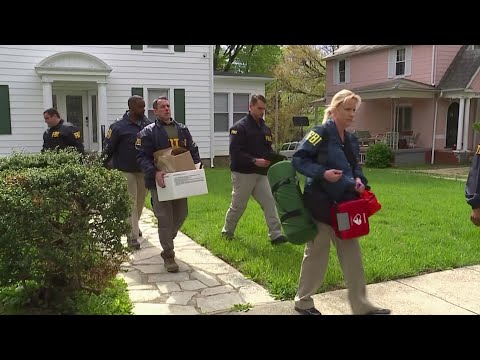 “We can’t waste any more time on this issue. There are many important issues in front of us that require the complete attention of a fulltime mayor,” said City Council member Brandon Scott.

Political analyst Karsonya Wise Whitehead, a radio talk show host and associate professor at Loyola University Maryland, said Baltimore is “at a standstill,” with nobody knowing when the mayor’s “Healthy Holly” book scandal will hit bottom.

“Even as we turn our attention elsewhere, something happens to bring our attention back to the mayor and to Healthy Holly. It is exhausting,” Whitehead said in a Friday email.

One thing’s for certain: Another headline-making scandal with no resolution in sight is the last thing this tarnished city government needs.

Baltimore is startlingly segregated, and has long been among America’s poorest cities. There’s a roughly 20-year life expectancy gap between deeply disenfranchised and overwhelmingly black neighborhoods and areas that are whiter and more well-to-do. Opioids and the deadly gun violence that surrounds a thriving drug trade are a staggering scourge. The public schools have dismal proficiency levels, and police are under federal oversight.

This isn’t the first time Baltimoreans have seen crime investigators raiding a mayor’s house. Former Mayor Sheila Dixon spent much of her tenure fighting public corruption charges before resigning in 2010 to save her pension and preserve the possibility of working for the city or state again.

Pugh edged out Dixon by roughly 3,000 votes to clinch the 2016 Democratic primary.

Baltimore’s great fear is to be “seen as a laughingstock, like Detroit was years ago until the governor of Michigan put it in receivership,” said John Dedie, a professor who is the political science coordinator at the Community College of Baltimore County. “But Detroit’s problems were fiscal mismanagement; Baltimore’s is political incompetence.”

A cursory listen to Baltimore’s talk radio proves she still has supporters who cite accomplishments over her career as a state lawmaker and city leader or theorize that the African American mayor is being targeted for embarrassment. But with her political career in free-fall and ethics questions deepening, many others have lost confidence in her ability to lead.

“Clearly, Pugh no longer has a political future. Whether she has a future that involves jail appears to be an open question,” said Donald Norris, professor emeritus of public policy at the University of Maryland, Baltimore County.

For nearly a month since beginning her paid leave, Pugh has made no effort to salvage her image. In late March, Pugh called her no-contract book deals a “regrettable mistake,” and then she slipped out of sight, citing deteriorating health. Her lawyer, Steve Silverman, insists the ailing 69-year-old Pugh is in such a fragile state that she needs more time “to be physically and mentally sound and lucid enough to make appropriate decisions.”

Pockets of the curious gathered outside City Hall and her homes during Thursday’s raids, trying to catch a glimpse of the mayor, or federal agents carrying out evidence.

Jameela Smith, a 25-year-old college student who hails from gritty West Baltimore, said she’s fed up with the public servants in her hometown.

“It’s very disappointing to have somebody that we personally elected to do this to us,” Smith said outside City Hall, where she lingered to share her exasperation. “As a city we’ve already been hurt and traumatized by our leaders.”