No severe impacts from Imelda as it moves through Texas

HOUSTON (AP) — Tropical Depression Imelda has deluged parts of Southeast Texas with rain, but officials in Houston and surrounding communities said Wednesday that so far there have been no severe consequences.

Glenn LaMont, deputy emergency management coordinator in Brazoria County, located south of Houston along the Gulf Coast, said that despite the heavy rainfall he has seen no reports of flooded homes or people stranded. However, he cautioned, “we’ve got two more days to go on this.”

“It’s too early to breathe a sigh of relief,” LaMont said.

By late Thursday afternoon, most of the heaviest showers had moved to the east of Houston, into Beaumont, Texas, and southwestern Louisiana. But the storm’s remnants spawned several weak tornadoes in the Baytown area, about 25 miles (40 kilometers) east of Houston, damaging trees, barns and sheds and causing minor damage to some homes and vehicles.

Forecasters said the Houston area could still face some heavy rainfall Wednesday night and on Thursday.

Parts of East Texas could get up to 10 inches (254 millimeters) of rain through Thursday morning as the remnants of Imelda continue moving north and away from Houston, according to the National Weather Service.

Coastal counties, including Brazoria, Matagorda and Galveston, got the most rainfall since Imelda formed on Tuesday. Some parts of the Houston area had received nearly 8 inches (203 millimeters) of rain, while the city of Galveston, which had street flooding, had received nearly 9 inches (229 millimeters), according to preliminary rainfall totals released Wednesday afternoon by the National Weather Service. 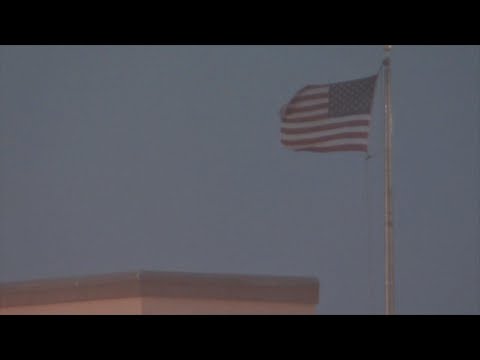 Sargent, a town of about 2,700 residents in Matagorda County, had received nearly 20 inches (508 millimeters) of rain since Tuesday.

Karen Romero, who lives with her husband in Sargent, said this was the most rain she has had in her neighborhood in her nine years living there.

“The rain (Tuesday) night was just massive sheets of rain and lightning storms. The lightning looked like it was coming in your house,” said Romero, 57.

Romero said her home, located along a creek, was not in danger of flooding as it sits on stilts, like many others nearby.

In the Houston area, the rainfall flooded some roadways, stranding drivers, and had caused several creeks and bayous to rise to high levels.

“Even though we’ve done well overnight, we haven’t had any significant amounts of flooding or impacts, we can’t let our guard down just yet,” said Jeff Lindner, a meteorologist and director of flood operations for the Harris County Flood Control District in Houston.

Imelda, which formed Tuesday, made landfall near Freeport, Texas, with maximum sustained winds of 40 mph (64.37 kph).

The National Hurricane Center said Imelda had weakened to a tropical depression and was located about 65 miles (105 kilometers) north of Houston.

But the National Weather Service said flash flood watches remained in effect through Thursday for southeast Texas and southwest Louisiana.

Imelda is the first named storm to impact the Houston area since Hurricane Harvey , according to the National Weather Service. Harvey dumped nearly 50 inches (130 centimeters) of rain on parts of the flood-prone city in August 2017, flooding more than 150,000 homes in the Houston area and causing an estimated $125 billion in damage in Texas.

The National Hurricane Center said Wednesday that Hurricane Humberto in the Atlantic Ocean is posing a stronger threat to Bermuda . The Category 3 hurricane with maximum sustained winds of 120 mph (193 kph) was about 195 miles (314 kilometers) from Bermuda on Wednesday afternoon.