Taste of the Tour: Garlic soup in Toulouse-Lautrec country

ALBI, France (AP) — Terrible timing: Wout van Aert, the Belgian winner of Monday’s stage at the Tour de France, just missed the garlic harvest in Lautrec, and he was a few weeks too early for next month’s garlic festival.

Stage 10 through the golden corn fields of south-central France to Albi brought the Tour within a quick pedal of the garlic-producing village that gave local artist Henri de Toulouse-Lautrec, born in Albi in 1864, part of his surname.

Lautrec’s pink garlic is famously pungent; it has a Red Label used in France to designate foodstuffs of superior quality. As with Champagne, only garlic producers in a zone stretching from the outskirts of Albi to Castres further south and west toward Toulouse, where Stage 11 ends and Stage 12 starts, can market their bulbs with the Lautrec label.

Bulbs harvested in recent weeks are now drying in sheds. Only once they’ve shed much of their moisture and their stalks are no longer green can they be sold. The opening of the selling season is marked by an annual garlic festival in Lautrec, on the first Friday of August.

By then, Geraint Thomas may well be celebrating his second Tour title, judging from how he raced on Monday. The 2018 champion caught French rival Thibaut Pinot and other title contenders napping on what, on paper, had the makings of a fairly uneventful stage. Pinot got left behind when crosswinds broke the main Tour pack into groups, with Thomas and his Ineos teammates speeding off at the front. 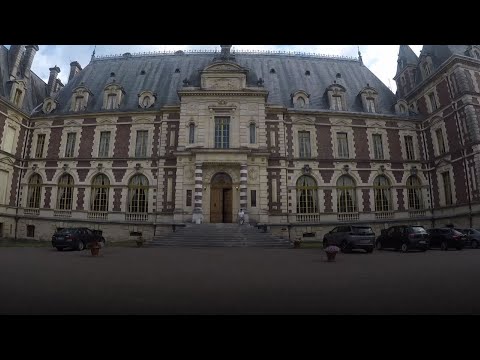 The mistake cost Pinot dearly. At the start of the stage in Saint-Flour, Pinot had been in third place, leading Thomas by 19 seconds. By the end in Albi, the 2014 podium finisher shouldering French hopes for a first homegrown winner since 1985 had slumped to 11th, now a sizeable 1 minute, 21 seconds behind Thomas. Thomas vaulted from fifth to second, still 72 seconds behind race leader Julian Alaphilippe.

Pinot described his day with an expletive, looking as sour as someone chewing on a bulb of raw garlic.

There’ll be free servings of the stuff at Lautrec’s garlic festival on Aug. 2, along with competitions for the best bulb of garlic, the best artistic creation made with garlic, and the best garlic tarte.

Robert Pagès is the grand master of the Brotherhood of Lautrec Pink Garlic, which promotes the product. But when called on Monday for a garlic soup recipe, he passed the phone to his wife, Therese.

She says she’s tried making soup with garlic from places other than Lautrec and “it doesn’t give the same thing ... it’s bland.”

Set aside a cup of soup to cool. Add four cubes of vegetable stock and two fistfuls of vermicelli noodles to the rest and, once they’re cooked in about 5 minutes, turn off the heat.

Then add that mixture to the rest of the soup.

“Delicious. Even people who don’t like garlic are always surprised. The mayonnaise softens the taste of the garlic,” Therese Pagès said.

Her brother is a garlic producer, on the farm where their father also grew garlic for sale in winter months when the family’s other cash-crops were dormant.

CULTURE SLICE: Toulouse-Lautrec drew an advertising poster in 1896 for English cycling manufacturer Simpsons, showing racers. Daniele Devynck, chief curator of the Toulouse-Lautrec museum in Albi, says the artist “was passionate about everything that was modern,” which in his day included bikes.

He used to watch bike racing at a Paris velodrome and “was very interested in bikes,” she said. But he couldn’t ride them himself. His parents were cousins and their son was born with a congenital disorder that left him with weak bones. He broke both legs as a teen and “had trouble walking.”

QUOTE OF THE DAY: “A positioning error from them and they lose a minute and a half. That’s how it goes” — Thomas describing Pinot and other title contenders, including Colombian Rigoberto Uran, Australian Richie Porte and Danish rider Jakob Fuglsang, who lost time.

STAT OF THE DAY: 96.7. The top speed, in kilometers per hour, of Argentine rider Maximiliano Richeze on a downhill section of Stage 10. That’s 60 mph.

NEXT ON THE MENU: The Tour’s first rest day, before racing resumes Won ednesday, from Albi to Toulouse.