What’s happened with bump stocks since the Las Vegas attack?

The gunman in the Las Vegas mass shooting was armed with 23 AR-style weapons, 14 of them fitted with “bump stocks” that allowed them to mimic fully automatic fire.

The devices were little-known before they were used in the Oct. 1 rampage, the deadliest mass shooting in modern U.S. history. And in the immediate aftermath, there were calls from a wide spectrum of lawmakers and advocates on firearms issues to have them banned.

Here’s what has happened with the devices since the attack that left 58 dead:

In the shooting’s immediate aftermath, there appeared to be a growing desire to ban the sale and possession of bump stocks, which federal authorities previously deemed legal and not subject to the same tighter restrictions reserved for fully automatic firearms.

Most notably, President Donald Trump vowed to ban the devices, which attach to the stock end of an AR-style firearm, greatly increasing the rate of fire so it mimics a fully automatic long gun. 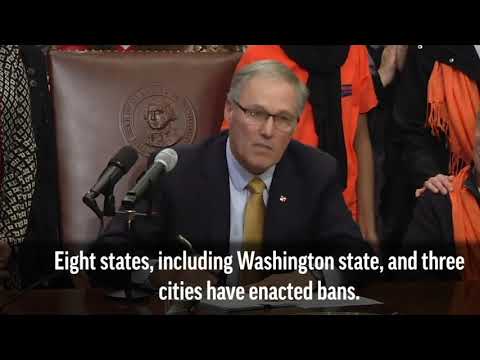 The government determined in 2010 that bump stocks couldn’t be regulated unless Congress changed the law.

But as with many restrictions on firearms in recent years, more action has taken place at the state level than by the federal government.

Ten states and three cities have enacted bans on the devices. California made bump stock-style devices illegal there decades ago.

WHAT HAS HAPPENED AT THE FEDERAL LEVEL?

Trump expressed support for banning the devices and directed the Justice Department to rewrite the federal regulations.

The U.S. Bureau of Alcohol, Tobacco, Firearms and Explosives this spring sought public comment on a proposal to reclassify bump stocks, but no action has been taken.

Slide Fire Solutions, America’s largest bump stock manufacturer, closed its website in June and stopped taking orders. However, its remaining stock of the devices is now being sold by another company, RW Arms, based in Fort Worth, Texas.

The devices were originally intended to help people with disabilities and were little-known until the Las Vegas shooting.

Gun owners and enthusiasts frequently call bump stocks a novelty item. Gun dealers said very few of the devices were sold before the Las Vegas shooting, but demand soared afterward amid concern they might be banned.