VIENNA, Ill. (AP) — VIENNA, Ill. — Ask around this time-battered Midwestern town, with its empty storefronts, dusty antique shops and businesses that have migrated toward the interstate, and nearly everyone will tell you that Black and white residents get along really well.

“Race isn’t a big problem around here,” said Bill Stevens, a white retired prison guard with a gentle smile. “Never has been, really.”

Unless they’re among the handful of Black residents.

“It’s real strange and weird out here sometimes,” said Nicholas Lewis, a stay-at-home father. “Every time I walk around, eyes are on me.”

Vienna is one of hundreds, possibly thousands, of mostly white towns across America that were known as “sundown towns” — where Black people could pass through during the day but had to be gone by nightfall. Anyone breaking the rules could risk arrest, a beating or worse.

These towns were an open secret of racial segregation that spilled across much of America for at least a century, and still exist in various forms, enforced more today by tradition and fear than by rules.

This story was produced with the support of the Pulitzer Center on Crisis Reporting.

Across America, some of these towns are now openly wrestling with their histories, publicly acknowledging now-abandoned racist laws or holding racial justice protests. Some old sundown towns are now integrated. But many also still have tiny Black communities living alongside residents who don’t bother hiding their cold stares of disapproval. 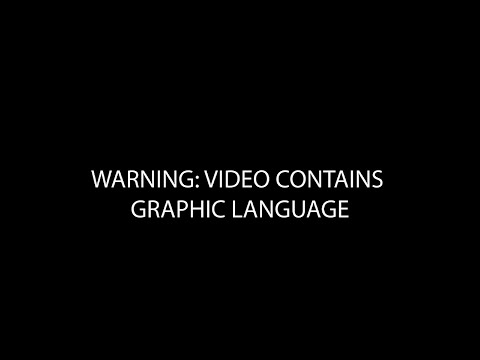 This part of southern Illinois had at least a half-dozen sundown towns. We came here on the second stop of The Associated Press’ road trip across America, a reporting journey that three of us are taking to look at how the U.S. has been shaken and shaped by months of racial justice protests, the COVID-19 pandemic, an economic crisis and the looming November elections.

We wanted to take a close look at systemic racism, trying to understand how something that is so crushingly obvious to some people can be utterly invisible to others.

So we went to a longtime sundown town.

They were called “grey towns,” in some parts of America, “sunset towns” in others. Very often, especially in well-to-do suburbs that didn’t want to be known as racist, they had no name at all. But they still kept out Black people.

In places still seen as sundown towns, many Black people now follow their own rules: Avoid them if possible, and lock your car doors if you have to drive through. If you stop for gas, look for a well-lit gas station with security cameras.

So it is in Vienna.

“Every time you come into town, or you go into a gas station, or in a store, people look at you,” said Victoria Vaughn, a biracial 17-year-old who has been coming to Vienna for years to visit her white grandparents.

“You can feel them looking at you, feel them staring,” she said. “I’ve never had anybody say anything (racist) to me in Vienna, but I’ve definitely felt the way they felt about me.”

She was in Vienna on a recent Saturday to join a rally organized after a group of Vienna High School students created a social media account that included the phrase “hate Black people” in its title.

Vaughn and her grandmother were among the 50 or so people who turned out for the rally, along with about 25 counter-protesters.

At first things went well. Protesters and counter-protesters prayed together. They talked calmly about race. But not for long.

“Bullshit!” an older white man shouted at Vaughn, after she said Black people aren’t treated equally. “They get the same as the white people get!”

Vaughn said Vienna’s white residents may not see racial issues around them because they are far more subtle today.

“Until you live in a Black or brown person’s body you’re not going to understand,” she said. “

Vienna’s racial history goes back to the 1954 arrest of a 31-year-old Black resident, Thomas Lee Latham, who was accused of brutally beating an elderly white woman with a soft drink bottle and trying to rape her granddaughter. A few weeks after his arrest, Latham escaped from jail. Dozens of armed men burned down Vienna’s Black community.

A couple blocks from the field where Vienna’s Black community once lived, down a narrow dead-end street, a grandmother with pink fingernails and an easy laugh watches over an extended family that includes four biracial grandchildren.

“This is our own little world down here,” Maribeth Harris said, sighing. “They just brush everything under the rug.”

There was the time one of the kids was called “burned toast” by a classmate. Or when an elderly woman walked past the family at a church dinner and loudly called the children “damn half-breeds.”

There was the day the 10-year-old came home with a painful question: “Grandma, why do I have to be Black?”

With her oldest grandson edging up on adolescence, she knows they should leave soon, before they have to worry about such things as confrontations with police.

But for Stevens, the retired prison guard, there is just too much attention to race, especially among the crowds protesting this year against racial injustice.

“Really, we got a good country, and I think there is probably some racism going on. But I try not to be racist,” Stevens said. “I think they’re overreacting a little bit.”

“It’s not by law” that Black people remain a tiny population in many towns, said Darrel Dexter, a historian and high school teacher who has studied the violence of 1954. “It’s by tradition.”

Even in Vienna things are changing — but ever so slowly.